Louie Gohmert Bluntly States: If Obama Isn’t Going To Say It, I Am – “This Is Radical Islamic Terrorism!” [Video]

If it walks and talks and kills like a radical Islamic terrorist…[1] Gohmert has a spine and he’s brilliant – it’s what I love about him. He’s never backed down… never minced his words. He just speaks the truth. Obama will not call it what it is because he tacitly approves of terrorism and his allegiances lie with Islam. How do you like those pork rinds? Almost all terrorist attacks are from Daesh (al-Dawla al-Islamiya fi Iraq wa al-Sham) members – radical Muslims. Thank goodness there are those out there willing to call a spade a spade and a Jihadist a Jihadist. It is the ultimate threat to our way of life and the West. To not call it out by its real name and to confront it, is cultural and literal suicide. 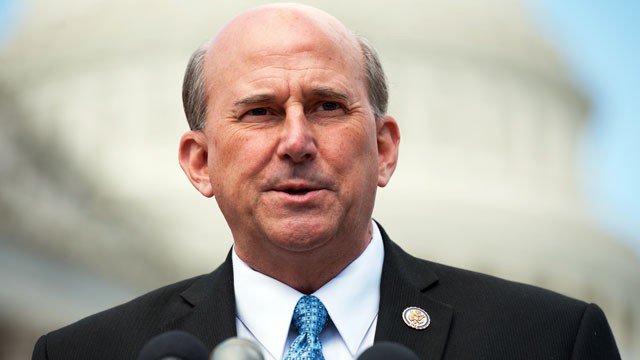 Rep. Louie Gohmert, R-Texas, took to the House floor to discuss the administration’s inability to associate the recent Islamic terrorism to the religion of Islam. The recent Paris attacks and the attempted bombing of the Capitol building have been shown to come from Islamic-motivated individuals, and the White House’s refusal to announce that they were motivated by Daesh[2] members is causing both political parties to gnash their teeth.

“The truth is, as much as this president doesn’t want to say it and he doesn’t allow his spokespeople to say it, I will say it, Mr. Speaker,” Gohmert said. “This is radical Islamic terrorism and it is a threat to Western civilization!

“And the more our leaders refuse to recognize it for what it is, the worse it gets because the radical Islamic terrorists realize they are winning,” he added.

Gohmert finished by saying that the Organization of Islamic Cooperation began the campaign of “Islamophobia” after 9/11 for anyone who expresses concern about radical Islam.

“I fear God, I don’t fear any man,” Gohmert concluded. “I’m not a phobe of anything, but it’s time to recognize truth and that is the radical Islamic terrorists want to destroy our way of life and kill us – it’s very simple.”

When we don’t confront the murderers that follow Islam, the Jihadists see it for what it is – weakness. They smell blood in the water and are going to attack even more because of it. We are not winning the war against Islam right now. They are – primarily because our President is actively aiding and abetting the enemy and because the West in particular cannot seem to bring themselves to confront true evil. Islam is using our words and our political correctness against us. You have three choices in Islam according to the Quran: convert and submit, pay the Jizya tax or die. ISIS and the caliphate are enthusiastically discussing[3] a religious genocidal killing of hundreds of millions. Radical Islamic terrorism is just getting warmed up – we are at war and we damned well better start acting like it. Gohmert calls it like it is.