This ought to infuriate abortion supporters! Former Arkansas Governor Mike Huckabee has made a very specific recommendation on the campaign trail to put an end to abortion: give Constitutional rights to babies in the womb. 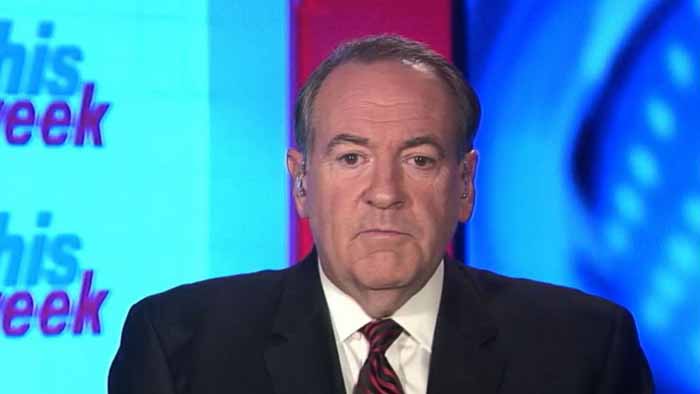 Huckabee made his comment[1] on Sunday’s “This Week with George Stephanopoulos” on ABC.

“What does it take for Americans to finally wake up to the fact that we’re violating the constitutional rights of human beings?”

Huckabee later added, “Let’s establish the personhood of the individual; let’s make sure that America comes to grips with that. George, we can’t keep defending the loss of 60 million human lives over the past 42 years. We’re not acting like a civilized people in the way in which abortion in its unrestricted fashion has continued. Even the politicians who pretend they’re not really for it, they’re personally against it. They’ll say things like, ‘Let’s keep it safe, legal and rare.’ It’s not safe. I don’t think it’s legal. I think it violates the fifth and 14th Amendments and it’s not rare. It happens 4,000 times a day. That’s hardly rare.”