Outrage After Trump Says THIS – Could This End His Campaign?

I saw this interview with Trump this morning.[1] NBC couldn’t wait to put this out hoping it would destroy Donald Trump. I predict it won’t – it will add to his popularity. Trump is saying what so many of us are thinking. He wants to bomb the hell out of ISIS and take them out. I’m sorry to say it, but to do that, you will have to take their families out as well. They don’t fight like we do. ISIS hides behind women and children knowing that soft Westerners will not hit them and incur civilian casualties. We have to get over that and be willing to kill whoever we have to in order to take out the terrorists or we are done for. Once again, Trump is right and had the nerve to say what needed to be said. 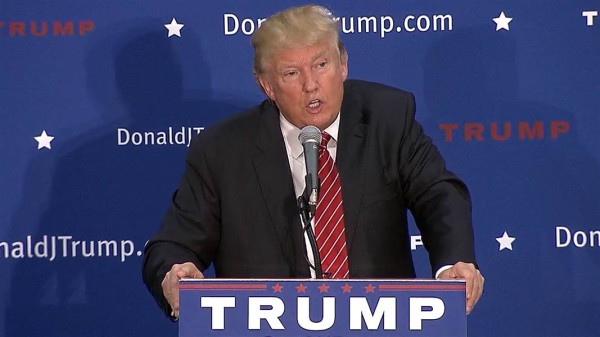 Republican presidential frontrunner Donald Trump said Tuesday that the United States should “take out” the family members of terrorists in the effort to fight ISIS.

Asked during a Fox News interview about civilian casualties in the fight against the terror group, Trump replied that terrorists are “using them as shields.”

Trump reiterated that he would “knock the hell” out of the terrorist group, which is also referred to as ISIL or Daesh.

By the way, I don’t believe that promoted Quinnipiac poll. The elitists and media are once again skewing the polls to sway public opinion. It is nothing more than propaganda. Look at the crowds rallying for Trump across the nation. That tells you all you need to know right there. If you listened to the media, you would have thought Trump was finished long ago. The problem is that most Americans no longer listen to the media or the talking heads. We’ve finally decided to make up our own minds. That’s the true American way. Enough of the political correctness! War is bloody and messy. You go in and break things, kill people, win and then leave. That’s how the game is played and only those who are serious about freedom need even attempt to play it. I hope Trump gets his chance to knock the hell out of ISIS and wipe them from the face of the earth for all our sakes.