One member of Congress did what all of them should have done to protest Obama’s lawless presidency[1]. 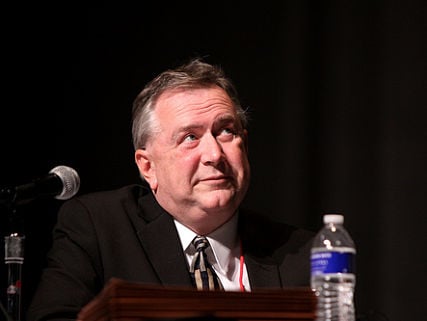 “I could not bear to watch as he continued to cross the clearly-defined boundaries of the Constitutional separation of powers,” Stockman said in a press release shortly after Obama’s speech ended. “Needless to say, I am deeply disappointed in the tone and content of tonight’s address.”

Stockman said Obama was promising to “break his oath of office and begin enacting his own brand of law through executive decree.”

“This is a wholesale violation of his oath of office and a disqualifying offense,” the Texas congressman said.

…”Unfortunately, what I heard from President Obama tonight was hostility toward our foundational principles, condescension toward a co-equal branch of government, and a general aversion to common sense and bipartisanship,” Rep. RaÃºl Labrador (R-Idaho) said in a press release.

“The president’s attempt to intimidate Congress by abusing executive power demonstrates a serious unwillingness to work with the coequal legislative branch of government,” Rep. Gregg Harper (R-Miss.) said in a statement.

Barack Obama seems to believe he can enforce or ignore any laws he chooses, change the law at his whim and go around Congress any time he pleases. Noting that they mildly disagree with that policy isn’t sufficient; so it’s great to see Republicans like Rand Paul, Ted Cruz, Michele Bachmann and Steve Stockman taking it even further. Every Republican in Congress should be raising holy hell over the way Obama is behaving and walking out of the State of the Union to protest how Obama’s behaving sends the right message to the American people.