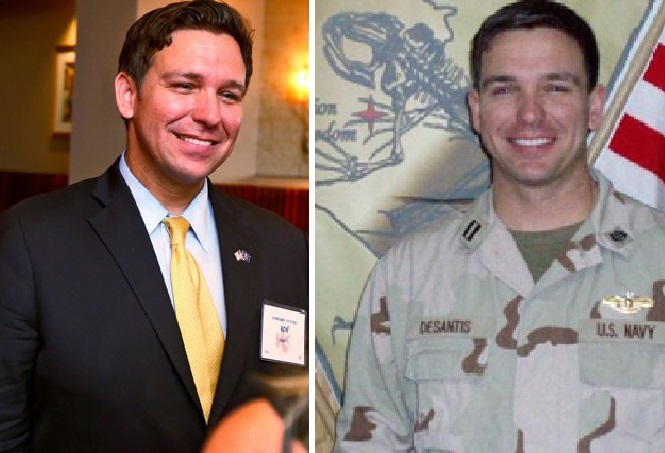 Florida’s Rep. Ron DeSantis has announced that he is working hard on new legislation that will stop the practice of using taxpayer money to pay off sexual harassment claims against political figures and to publicize relevant details like the names of the accused.

Of course, it must be said that not every out-of-court settlement means that the person being accused is admitting guilt. If you’re a celebrity or very rich (or have access to riches, like these politicians), it can be cheaper and more expedient to hand over a smaller sum of cash instead of spend two years in court with the bills piling up. By showing off the names of the accused, they will likely be misinterpreted as being unequivocal sex perverts simply because there was a settlement reached instead of a verdict handed down by a judge.

This is what DeSantis said that he’d be working on, while referencing the issue with Democrat Rep. John Conyers[2], whose office paid at least one alleged victim $27,000 after she came forward to say that she had been forced to refuse his sexual advances:

I’m working on legislation to unseal settlement records, bar use of tax dollars to pay claims against members & staff, prohibit members from using office budgets to camouflage payments (a Conyers rule) & require reimbursement of the taxpayer.

Settlements paid with tax dollars should not be kept secret. Members of Congress cannot be allowed to use the American people's money as a personal slushfund to cover wrongdoing.

There are certainly some privacy concerns here, as out-of-court settlements usually include anonymity or non-disclosure clauses. So, while this seems well-intentioned and Rep. DeSantis seems like a solid guy, I don’t think that it’s very wise to legislate the dismissal of NDAs.

Ron DeSantis has a history of looking to curb excess. Last year he and Ted Cruz co-authored an op-ed that appeared in the Washington Post where they gave their own recommendations on how to drain the swamp, saying that it is their duty to do so because that’s what the electorate voted for when they voted for Trump. They wrote that a good way to start would be to make it more difficult to maintain a “permanent political class” by imposing term limits on Congress. The op-ed said that even Paul Ryan is in favor of term limits and both Cruz and DeSantis promised to work on restoring “accountability among the entrenched Washington establishment” by enacting a new amendment to the Constitution, suggesting three terms for the House[5] and two terms for Senators.

Years ago, I remember Peter Schiff recommending something similar, saying that if he should choose to run for Congress one of his major promises would be to only commit to one term, with the defense that if he wanted to stay there for longer, he would be forced to spend half of his time at fundraisers looking to secure support for the future instead of focusing on the issues right now.