Republican Rats in the Political Mix: The Plot Against Donald Trump [Video]

Ah hah! Michael Walsh of the New York Post nails it.[1] He points out the same thing I did when it happened… that the guy who asked Trump about Muslims was probably a plant. And what do you know? No one could find the guy after that. Amazing, huh? Then you have the Batchedler incident where she challenges Trump on his stance on women. She was a Jeb Bush plant, pure and simple. I don’t care what he says about it. If he’ll sneak in a plant, he’ll lie about it too. It’s called plausible deniability. Donald Segretti was right… this is rat-f***kin’. This is dirty politics in all its vileness and the Republicans aren’t even really trying to hide it. They are just hoping something sticks so they can tear Trump down and take him out of the running. It’s not working. In fact, it just makes him more and more popular. Keep it up guys. Keep it up. 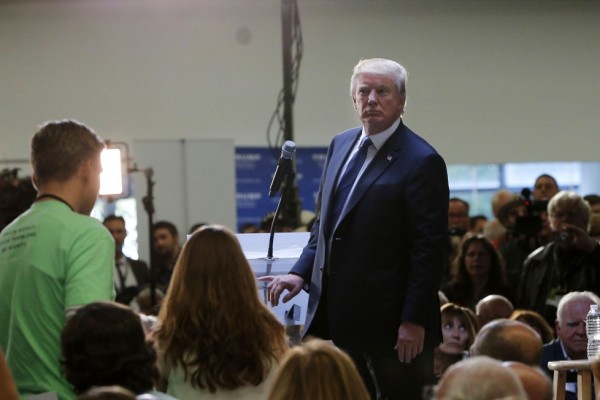 Back in the days of Richard Nixon and Watergate, Donald Segretti had a word for it.

Unfortunately, I can’t use that word in a family newspaper, but suffice it to say it had something to do with rats and everything to do with a vulgarism for political dirty tricks: using plants and double-agents in order to embarrass a candidate and boost their own man’s chances.

Last week it was GOP front-runner Donald Trump’s turn to get, well, ratfreaked.

A young woman at a campaign event in New Hampshire — self-righteous, hands on hips, a-quiver with indignation — popped up to declare, “I don’t think you’re a friend to women.” (“I knew I shouldn’t have picked her,” Trump immediately joked.)

Oops. Turns out that the woman, identified as Lauren Batchelder, 18, is a college volunteer for the fading candidacy of Jeb Bush.

The Bush campaign immediately backpedaled away — but not before getting its digs in: “While this question was not sanctioned by the campaign,” said a Jeb spokeswoman, “we can’t help but notice Mr. Trump does seem to be very sensitive about being challenged by women.”

Given that Trump has been married to three high-profile women and has an equally high-profile daughter, Ivanka, that’s doubtful.

But it illustrates that in the age of the outsider candidate (Trump, Ben Carson, Carly Fiorina), the GOP establishment is having a devil of a time figuring out a way to stop him.

This wasn’t the first time Trump has had to face questioners of dubious provenance. Last month in a rally in New Hampshire, a still-unidentified man sporting a Trump T-shirt popped up to opine that, “We have a problem in this country. It’s called Muslims. We know our current president is one.”

Trump’s typically New York-style reaction to the statement was one of laughter and “we need this question.”

In the cold light of print that may look like the real-estate mogul was endorsing the statement, but in fact was simply a sarcastic expression of disbelief. Trump went on to foul off the pitch and then quickly turn to another questioner.

Still, the Donald was pummeled by the left-wing media for not “correcting” or “denouncing” the sentiments. His reply to critics: “I decided, why should I come to the defense of the president? He’s not going to come to my defense.”

After the event, journalists couldn’t find the man who asked the question. He mumbled his name into the microphone. Consider what happened with Batchelder, what are the chances “Muslim president” guy was a plant as well?

Whatever the case, it’s clear that the Trump phenomenon is giving professional politicians a severe case of heartburn.

The GOP establishment, already reeling from the surprise defeat of former House Majority Leader Eric Cantor[4] in Virginia last year and the announcement late last month that John Boehner will soon give up both his House seat[5] and his speakership, has been caught flat-footed by the rise of Trump and the other nonprofessional politicians and is desperately seeking a way to stop them.

Measures being bruited now include making candidates swear fealty to whomever turns out to be the nominee, and pledge not to run as a third-party candidate. Failure to do so would be punished by loss of ballot access.

Problem is, the traditional candidates aren’t achieving liftoff. Jeb Bush combines the worst qualities of his father and brother without any of their strengths; he’s also already spent a fortune, with almost nothing to show for it.

Rubio — as Obama was when he first ran in 2008 — is an ambitious freshman senator who hasn’t even served a single full term, and is sacrificing a hard-won Senate seat to boot, just to further his own ambition.

Mike Huckabee and Rick Santorum are retreads. And sitting governors John Kasich, Chris Christie and Bobby Jindal have yet to set many hearts aflutter.

So the GOP is now facing its worst nightmare: What if Trump is for real? That behind all the bluster, beneath the weird hair, is a guy who just might be able to clean out the Augean stables of the Permanent Bipartisan Fusion Party that continues to cling to power in Washington.

The Democrats — with their eminently indictable presumptive nominee, Hillary Clinton — don’t like the idea of fundamental change any better than the Republicans. They prefer GOP opponents who don’t fight back, lose gracefully, and keep their seats at the national trough.

The odds are still against Trump. But long-suffering voters of both parties staring at a possible Clinton-Bush flashback, might be forgiven for thinking that this year, maybe, just maybe, things could be different. And all the rats in the world won’t change their minds.

I don’t think the odds are any longer against Trump. It’s his to lose at this point, but we have a long way to go. Time will tell in this race. One thing’s for sure though… the establishment guys aren’t cutting it. Conservatives have had way more than their fill of moderate RINOs. Trump has enemies on both sides of the political aisle hunting him. But he’s a worthy opponent and relishes fighting back. He doesn’t cave or roll over and wet himself as so many Republicans are wont to do. He attacks when he’s attacked. There will be more plants and more double-agents… Trump knows this and he’s not dumb. He can handle them and has deftly. I personally really believe this time will be different. It better be or Charlie Brown will have permanent brain damage from falling for Lucie’s football trick. 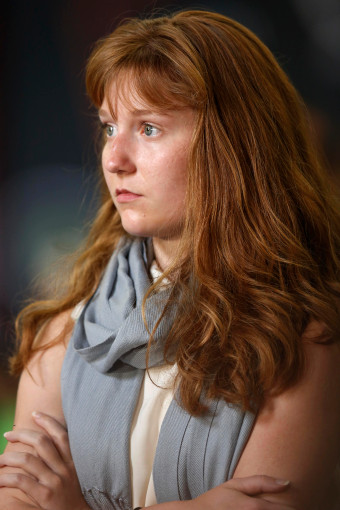