Ohio Gov. John Kasich said he is hoping and anticipating that the House Republicans’ plan to succeed the Affordable Care Act, which is presently making its way through Congress, fails, citing anxiety that Democrats in Congress haven’t had enough power[1] in the negotiations of this bill…

Is this guy stupid? Seriously, is he stupid?! 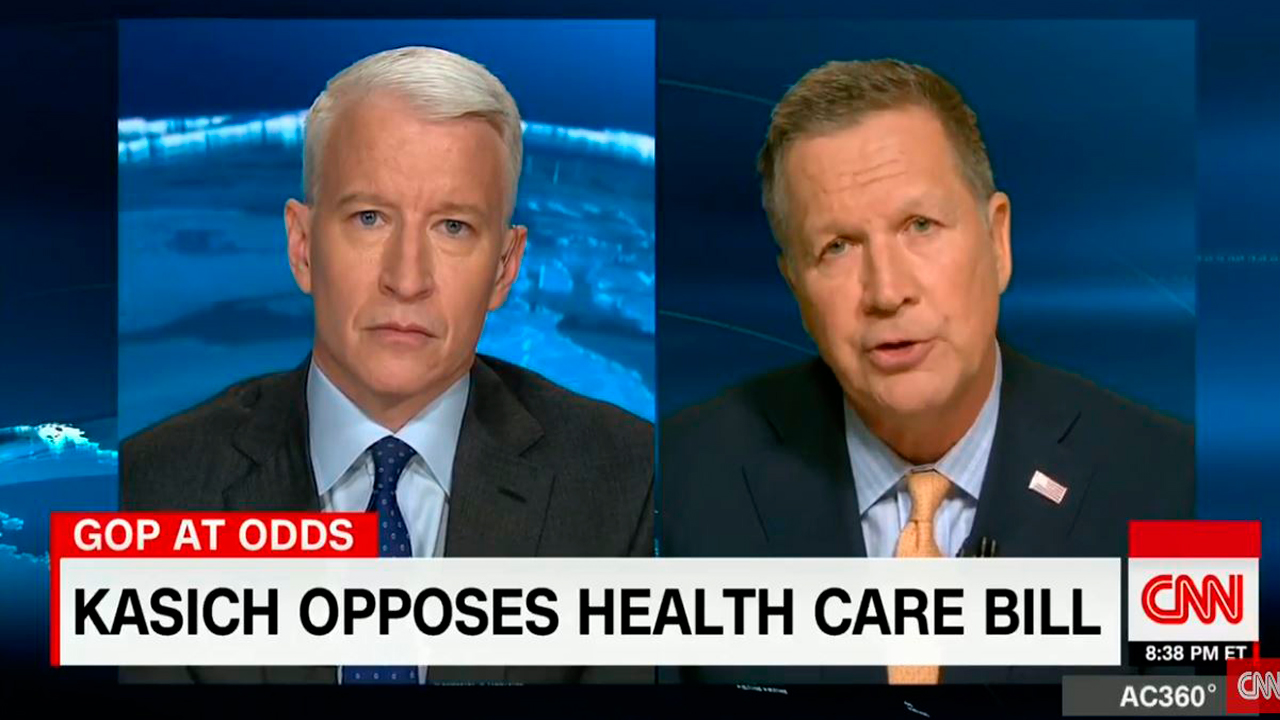 Kasich appeared on CNN’s “AC360” on Friday evening and had a jolly old time as he answered questions that centered around the House Republicans’ plan to repeal and replace the ACA, the American Health Care Act.

“I think the situation is, the road map is maybe it will pass the House, maybe it won’t. But when it gets to the Senate, we have to involve both parties in the discussion. Because Anderson, look, if you don’t have both parties working on a major issue, it’s not sustainable. Whether it was Social Security, Medicare, the Budget Act of 1997—where we balanced the budget—welfare reform, if you don’t have both parties buying in, it just becomes a political issue in the next campaign. And when the other party wins, they just go ahead and repeal it. That is no way to run America.”

Where does this guy get off? I certainly do not like the bill myself, but that is because it’s just Obamacare with a few bells and whistles. This asshat doesn’t like the bill because the Democrats haven’t had enough influence over the process?!?

They did Kasich…It was called THE AFFORDABLE HEALTHCARE ACT, you asinine little man! How did this guy ever make it in politics? He is feckless, holding no principles or standards.

He’s a wolf in sheep’s clothing and he’s fooling his voters that believe him to be a Conservative…He’s not, folks, so please, put John Kasich away.