Sandblasting Freedom of Speech: Ted Cruz Warns on the Threats to Internet Freedom

Once again[1], Cruz is fighting a lonely battle for our constitutional rights. The threats to our Internet freedom have never been graver. Barack Obama and his cadre of Marxists absolutely view the Internet as a threat to their agenda and goals. If they are successful in using ‘digital copyright law’ as a weapon, they could not only shut down Drudge, the majority of blogs would be silenced out there. News, which is already manipulated and sanitized, would become wholly an organ of the State. In essence, Pravda. The FCC has already classified the Internet as a utility – now they are making a move that would charge a fee for every link to a news source. Then you can look for the Fairness Doctrine to be forced on all outlets, stifling any free speech left. It’s coming unless we stop it and soon. 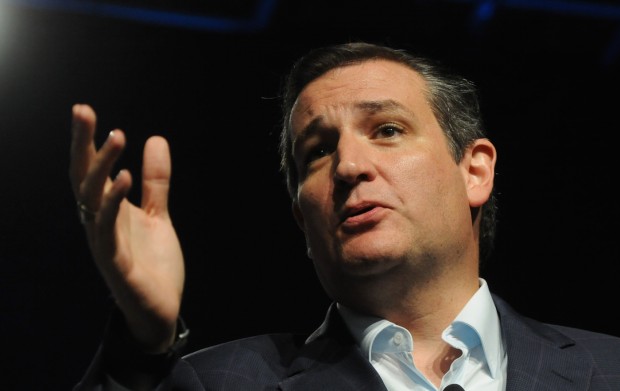 Ted Cruz said Sunday evening that the “threats to Internet freedom” have “never been greater” and could have the potential of affecting independent online news outlets like the Drudge Report.

“I think threats to Internet freedom continue growing,” Cruz said. “This administration views the Internet as a threat.”

The Texas senator cited the Federal Communications Commission’s move to classify broadband Internet service as a public utility as evidence of the threat.

“I’ve been leading the fight against that,” he told TheBlaze.

Cruz also cited plans to relinquish U.S. control of the Internet as a move that would “profoundly undermine U.S. interests and undermine free speech.”

“America invented the Internet and, I got to say, Obama’s idea to give it away is reminiscent of Jimmy Carter’s idea to give away the Panama Canal,” he said.

“I have worked to do in the Senate every day is fight to defend freedom on the Internet — to keep the Internet free from the grubby hands of regulators and government,” Cruz added. “To keep it free from taxes and to allow free speech and entrepreneurship to flourish. And I think liberty on the net is every day more and more imperiled by big government and Washington politicians who want to muzzle dissent.”

Cruz suggested to TheBlaze that a resurrection of the Fairness Doctrine, an FCC policy that required political issues covered on the airwaves to be presented in a balanced manner, could be possible.

“You know, the Obama FCC has invoked the Fairness Doctrine a number of times with sort of wistful glances to the past. Nostalgia,” he said. “You know if I had suggested years ago that the Obama administration would send government observers into the newsrooms of major media organizations, that claim would have been ridiculed. And yet that is exactly what the FCC did.”

“I think it is difficult to find an action that is beyond the pale of what this government would do when it comes to stifling free speech,” Cruz added.

The Texas firebrand contended that if the Democrats had the authority, the First Amendment could be in great peril.

“I think the threats to free speech, under big government statists, have never been greater,” he said. “You know, in Washington, D.C., when you drive down Pennsylvania Avenue you come to the Newseum. And carved into granite, some forty feet tall, are the words to the First Amendment to the Bill of Rights to the Constitution. If the Democrats had their way, they’ll have to sandblast those words out of there. I think we cannot overstate these threats.”

If we relinquish control of the Internet, communist countries such as China and Russia will control free speech, which will cease to exist. The Marxists also want to tax the Internet into oblivion as another way to steal money from each and every one of us. Political dissent would be quashed aggressively. I agree with Ted Cruz on this… you can’t put anything past this Administration. They are capable and willing to do anything they can to control Americans. If they get their way the First and Second Amendments will be no more… in fact, the whole Constition will be trashed and the Bill of Rights will be rewritten in the vision of Progressives. We are already watched and regulated in a fashion reminiscent of 1984 and it is getting worse by the day. This whole Administration is an existential threat to our Constitution, freedoms, way of life and country.