Both Marco Rubio and Kelly Ayotte lied to conservatives about their opposition to amnesty and Sarah Palin is calling both of them out on it[1]. 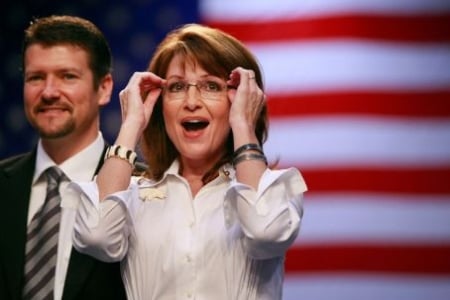 Rubio had promised that border security would come first and that he wouldn’t support legalization of illegal immigrants while running in the Florida primary in 2010. Meanwhile, Ayotte, who Palin said she endorsed, had promised on her website in 2010 that there were “no excuses” for not securing the border.

Both should be challenged during the Republican primaries, Palin said.

“I don’t have a problem with heated debates and contested primaries where they have to answer to constituents regarding their flip-flopping on such a fundamental position as amnesty for illegal immigrants,” she said.

Palin said she had said “nice things” about Rubio in the past, until he “blatantly flip-flopped on his position on immigration, on amnesty, and border security.”

If Marco Rubio and Kelly Ayotte had told the truth, both of them would have probably lost their primaries. But now, after they’ve won, they think they can start a war with the people who put them into office and not suffer any blowback.

The more consequences people like Ayotte and Rubio suffer for their betrayal, the less likely other Republicans will be to sell conservatives out in the future.