Well, he’s certainly got a set of lungs[1] on him. Pastor Mark Burns was a towering presence at the GOP convention, loudly declaring that ‘All Lives Matter!’ The audience went wild with approval and I agree… that statement is moving. All support of our police and equality is appropriate and heart warming. And it is true… Hillary Clinton is our enemy. I’m still not voting for Donald Trump, but I thought the pastor’s speech was terrific. Pastor Burns is all in for a President Trump. 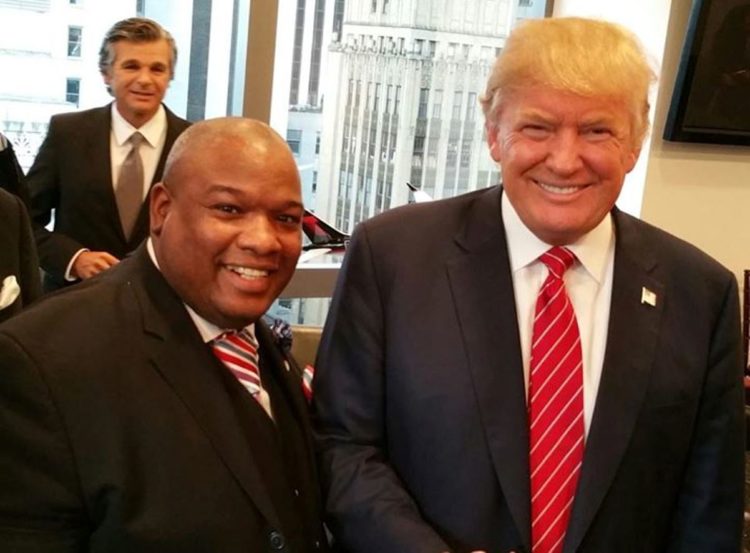 Pastor Mark Burns made headlines[3] earlier this week with his Benediction at the Republican National Convention after saying that “our enemy is not other Republicans – but is Hillary Clinton and the Democratic Party.”

Most took issue with a pastor naming political opponents as “enemies,” but that was very much in the rear-view for the Reverend tonight as he literally came out screaming.

As you can see in this video, the Pastor leaves no questions about which lives matter under a President Trump:

South Carolina pastor Mark Burns whipped up the crowd with his speech at the Republican National Convention. “We, as Republicans, are more determined than ever to listen to the cries of disenfranchised communities,” he said. “Together!” “And I know without a shadow of a doubt that Donald Trump will make sure that all Americans will have jobs. You know why? Because Donald Trump is not going to pander about race. His heart is after the human race. And together… not as black Americans, white Americans, brown Americans, yellow Americans, or red Americans, but just as Americans. And together as Americans we will get to the promised land!” Okay, I just reached my limit on Trump-love. Regardless, the pastor is a great and moving speaker and as Michelle Malkin put it, “Preach it!”

“Despite color you were born with here in America the only colors that matter are the the colors red, white, & blue” pic.twitter.com/wQldKCDtvq[12]