I wish I could say[1] this surprises me… sadly, it does not. Rand Paul has written an excellent op-ed ripping into Republicans over Obamacare. Suddenly, they have decided to keep it. That’s what they intended all along, they were just trying to placate real conservatives like Rand Paul, Ted Cruz and Mike Lee just enough until it was too late to stop them. Am I cynical? Hell yeah, I am. These asshats have gone back on every promise they made about Obamacare. They don’t care that the overwhelming majority want it totally gone… they believe they know better than the peons that voted for them.

I’m beginning to feel a torches and pitchforks moment come together here. I am beyond angry at the betrayal from the Republicans. I expect it from the commies on the left, but the RINOs have taken control on our side of the aisle and are taking us down the same red road the left wanted to. Just slower. Rand Paul is voting against the new and improved Republican version of Obamacare. You can bet that Ted Cruz and Mike Lee will as well. They will be followed by a few more. This is why Mitch McConnell now wants to work with his comrades across the aisle to pass this abomination. Did you know his wife is in the insurance business? Go figure… she’s directly connected to AIG. 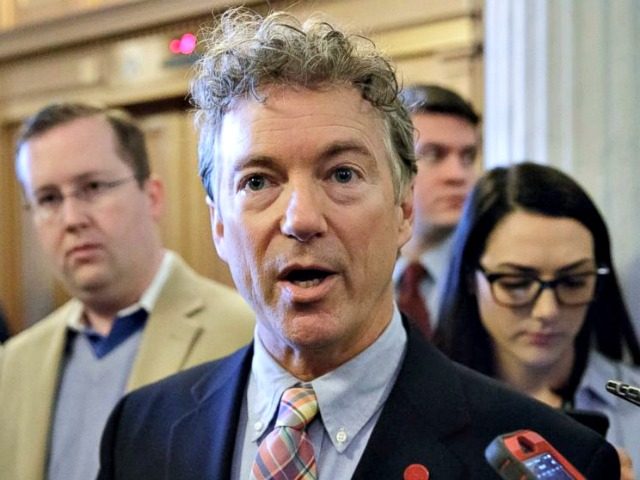 I miss the old days, when Republicans stood for repealing Obamacare. Republicans across the country and every member of my caucus campaigned on repeal – often declaring they would tear out Obamacare “root and branch!”
What happened?

Now too many Republicans are falling all over themselves to stuff hundreds of billions of taxpayers’ dollars into a bill that doesn’t repeal Obamacare and feeds Big Insurance a huge bailout.

Now, the Senate GOP plan being put forward is chock full of insurance bailout money – to the tune of nearly $200 billion. Republicans, present company excluded, now support the idea of lowering your insurance premium by giving a subsidy to the insurance company.

The regulations and taxes that are crushing us are still in place. Some got shuffled around, but they are still there. Premiums are still going to continue skyrocketing. The system is coming apart and will continue to do so until it implodes. Then what? I have no idea, but maybe by then the free market will get another chance to do what we should have done in the first place: repeal and not replace. More likely, the Republicans will jump on board with single payer healthcare. Many of us saw this coming. America… you’ve been royally betrayed.

If the feds move forward with subsidies for insurance companies in the guise of reducing premiums, not only will that not last, it will boomerang. If you think your premiums are bad now, just wait a little bit. The Senate Obamacare-lite bill codifies a federal entitlement for these insurance companies. With the Senate GOP bill, Republicans are now officially saying they are in favor of a key aspect of Obamacare – federal taxpayer funding of private insurance purchases. We are talking billions in dollars flowing into the insurance companies… BILLIONS. Shame on the Republicans. You’ve betrayed your base and now you own it.