Sheriff Joe Makes HUGE Announcement – This Could Change Everything

This is another major endorsement[1] for Donald Trump. Sheriff Joe Arpaio came out and endorsed The Donald yesterday. Arpaio is known as the toughest sheriff in the nation on illegal immigration. His blessing carries a lot of weight in the conservative movement. In a statement released by the Trump campaign, the sheriff said: “Donald Trump is a leader. He produces results and is ready to get tough in order to protect American jobs and families. I have fought on the front lines to prevent illegal immigration, and I know Donald Trump will stand with me and countless Americans to secure our border. I am proud to support him as the best candidate for president of the United States of America.” 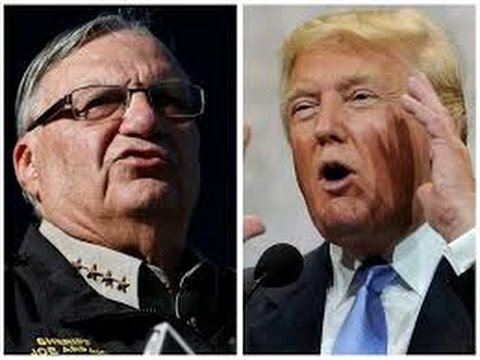 The Arizona lawman was slated to participate in a rally with Trump later in the day in Marshalltown, Iowa, less than a week before the Hawkeye State’s caucuses.

Arpaio has staked out a reputation for being tough on illegal immigration while serving as the top law enforcement officer of Maricopa County, which encompasses Phoenix and is the nation’s fourth most populous county.

It does not surprise me that Sheriff Joe has endorsed Trump. They were already friends and close. They had also worked together on the border issue. Now Arpaio will stump for Trump as well. Arpaio is greatly admired in the Tea Party movement and his backing of Trump comes on top of evangelical leader Jerry Falwell, Jr.’s endorsement, also announced on Tuesday. They are beginning to line up and circle Trump. I’m sure there will be more big names to follow that endorse Trump. He looks to be almost unstoppable now in the race for the nomination. 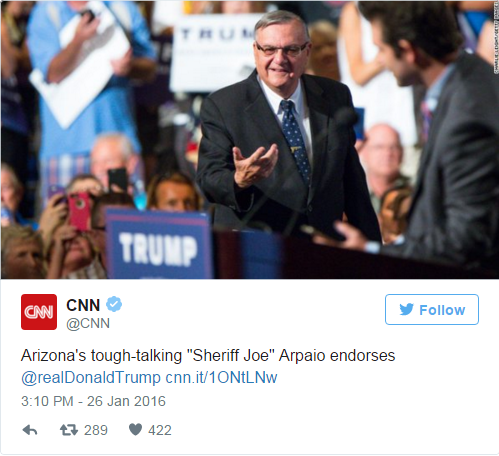