First off, Trump did not say[1] that Obama has signed an Executive Order to confiscate our guns. He said he had heard from multiple sources that Obama was considering it. So have I. CNN got their panties in a wad over it and claimed he could not constitutionally do such a thing. That is true. But as Trump rightly said, he couldn’t constitutionally do Executive Orders on immigration either. But he did. So, what is to stop him from trying? Not a whole lot. No one has stopped him on anything else. He’s got nothing to lose and everything to gain for his Marxist agenda. I wouldn’t put it past him. We will just have to wait and see if Obama crosses that line of no return. 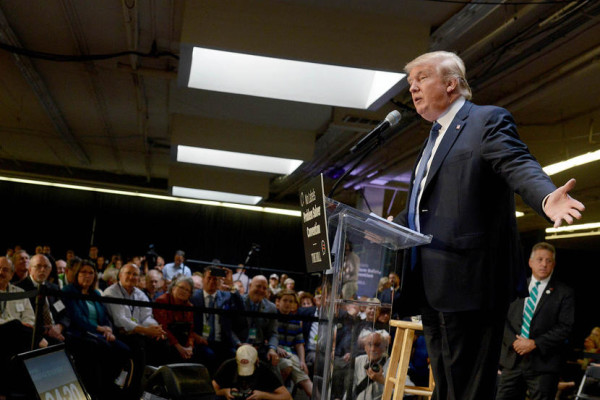 “You know, the president is thinking about signing an executive order where he wants to take your guns away,” he told listeners during a rally in Anderson, S.C., according to CNN[3].

“You hear about this?” Trump asked supporters. “[It is] not gonna happen [and] that won’t happen. I think that’s a tough one for him to do.

“There’s plenty of executive orders being signed, you know that,” the outspoken billionaire added. “And we can’t let that go on.”

Trump then argued early Tuesday that Obama’s past remarks on firearms mean that he is readying stricter regulations.

“I think he is currently thinking about doing it,” he told host Alisyn Camerota on CNN’s “New Day.”

Camerota then tried challenging Trump’s assertion that Obama can unilaterally confiscate guns via an executive order.

“He can’t sign an executive order on immigration and he did,” Trump replied, questioning that order’s legality.

He vowed after the UCC shooting he would examine the legality of an executive action on certain firearms regulations.

Of course Obama is against the Second Amendment. He’s against the entire Constitution and would rewrite the Bill of Rights given half a chance. He’s made that very plain. Obama has wasted no time in implementing further gun regulations in the wake of shootings across the country. He didn’t even wait for the blood to dry, before he started grandstanding and screaming for gun control. He’s done it with background checks and going after those that need mental or physical help. He’s just one Executive Order or emergency from confiscating guns. Just one and it could happen at any time. Don’t forget that Obama said himself he could not constitutionally move on immigration and then he did. Now, he has turned his attention to guns. He’s mentioned it at the UN and everywhere he goes. I wouldn’t bet against him trying it. That would be a fool’s bet.