Donald Trump really wowed them in Nashville![1] He had a sold-out house of 3,000 with 1,000 in the overflow area. Those 1,000 were in the rain and stayed the whole time just to hear Trump and see him. He spoke on gun rights and the Second Amendment and the crowd went absolutely wild over him! He read from his Second Amendment position paper and related it to the shootings in Oregon last week. He rightly pointed out that if a couple of teachers had been armed, most of the bloodshed could have been averted and lives would have been saved. He stated flatly that it should not have been a gun free zone and that the shooter was mentally unbalanced. Trump also railed against our military being unarmed at installations. He had a number one hit in Nashville and he’s still moving up the charts. 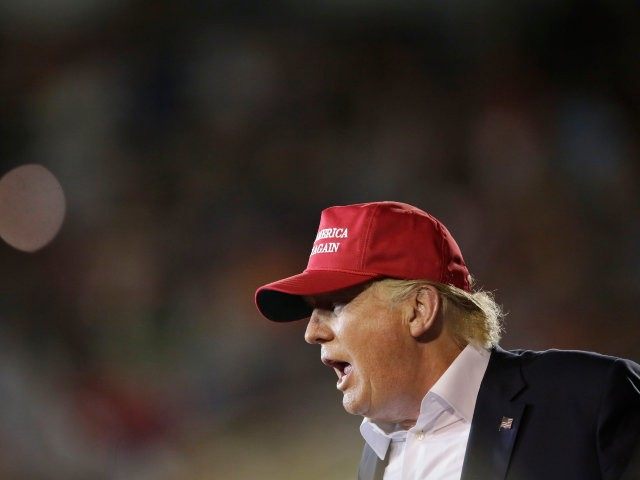 Donald Trump Packed the House at his Campaign Stop in Nashville, Tennessee Saturday. 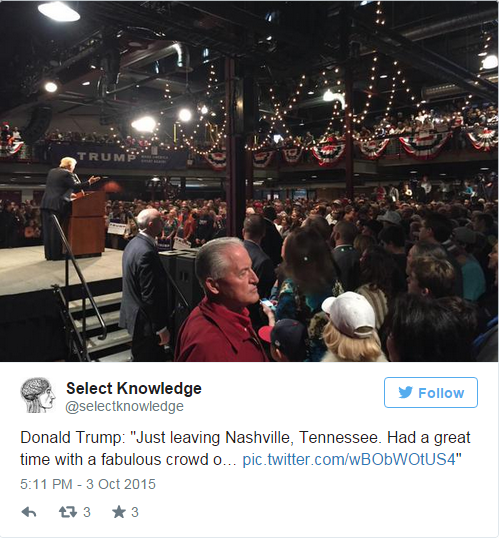 This was a HUGE TURNOUT for a rally that was announced just 72 hours ago!

This comes after Barack Obama called for more gun regulations this week after the Umpqua College Massacre. 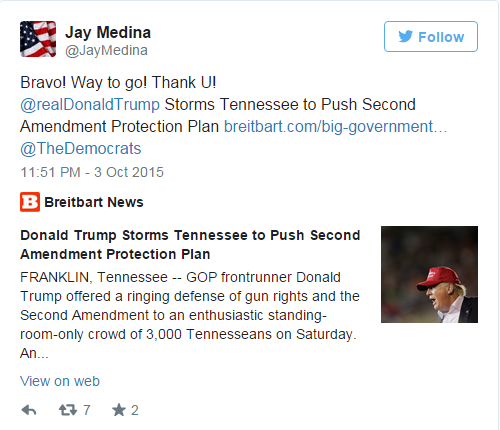 Here’s the full speech from his Franklin, Tennessee rally today–

The crowd was FIRED UP!

They only had 72 hours notice[5] to pull the rally together and the turnout was fantastic. “The right of the people to keep and bear arms shall not be infringed upon. Period,” Trump said to a rousing chorus of cheers. “Period!” he added for emphasis to further loud cheers. I would say that attitude is prevalent across the US. Millions of gun owners are just furious over Obama’s politicizing the deaths in Oregon. Not to mention it was a hate crime against Christians and Obama has not addressed that at all. Instead, Obama pushes to ban guns with the help of the dead psychotic’s father who is blaming guns as well. Then the media chimes in with multiple calls for doing away with the Second Amendment altogether. As Trump put it, “The Second Amendment guarantees a fundamental right that belongs to all law-abiding Americans.” And it shall not be infringed by despotic tyrants like Obama. “It’s been said that the Second Amendment is America’s first freedom,” Trump said, reading further from his policy paper to the audience. “That’s because the right to keep and bear arms protects all our other rights. We are the only country in the world that has a Second Amendment. Protecting that freedom is imperative,” he added. Trump spoke to the hearts and souls of those who attended and they couldn’t get enough of him. They are starving for someone to stand for Americans and protect their rights. They hunger for America to be made great again and Donald Trump is vowing that’s exactly what he’ll do. 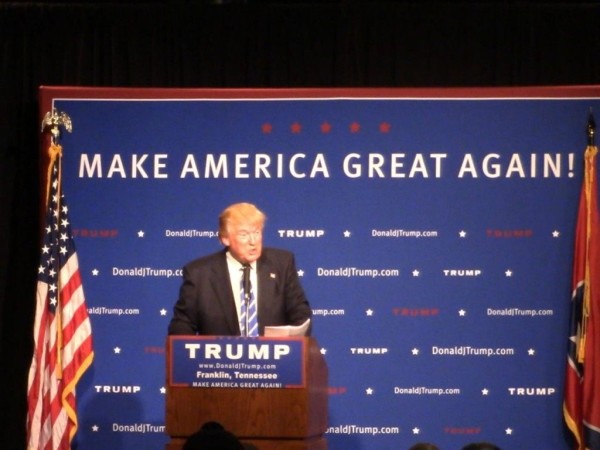