Unbelievable! Republican Loser Romney Lectures Trump on How to Win the Election

That’s some serious chutzpah there.[1] Mitt Romney, who lost to McCain for the nomination in 2008 and then lost the presidency to Obama in 2012, is now telling Donald Trump how he can win the presidential race. If I were Trump, I’d think long and hard before I took any political advice from Mitt Romney. He’s a two-time loser, who Trump threw his support behind in 2012. Then Romney stabbed Trump in the back just recently, saying very unkind things about him. He’s kind of walking that back now… he had said that Trump couldn’t win the nomination just as Scott Walker did. Both are now saying he could, but he’s got to be more moderate. Moderate doesn’t win the race. Supporting what the American people want does. Trump knows this and is doing a good job of it – I wouldn’t let Romney mess that up. 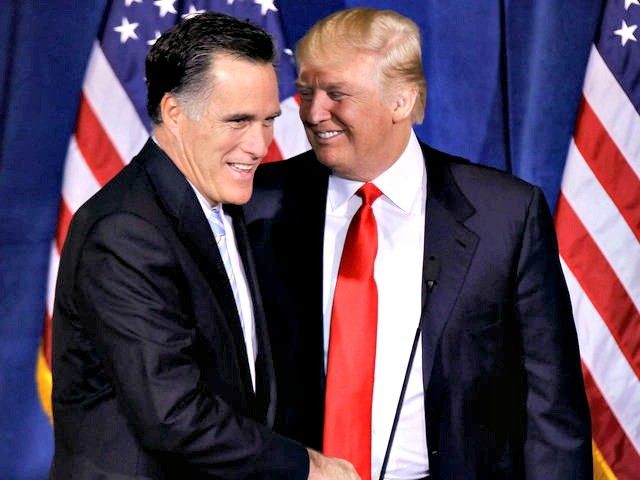 “I think Donald Trump has said a number of things which are hurtful, and he has said they were childish in some respects, and I think will be potentially problematic either in a primary or in a general election if he were to become the nominee,” Romney said in a rare interview granted to former Obama strategist David Axelrod, according to The Hill newspaper.

Romney added that he thinks Trump will “have some challenges if he proceeds to the next stage” and that he thinks “to a degree” Trump’s comments and style “do” hurt the GOP as a whole.

While Romney previously predicted that Trump won’t win the nomination, his change of tone in this Axelrod interview seems to indicate he’s now entertaining the possibility of a nominee Donald Trump. Earlier this week, Wisconsin Gov. Scott Walker–a now former 2016 GOP presidential candidate who dropped out of the race, and bashed Trump on his way out–noted that he believes Trump has a shot at winning the nomination now. Trump continues to absolutely dominate GOP presidential primary polling, in some cases doubling up second place candidates.

Romney lost the election in 2012 after winning the nomination against a fairly weak GOP primary field. He also lost in 2008, failing to win the nomination against Sen. John McCain (R-AZ). Like Romney would four years later, McCain lost the 2008 presidential election to Obama. Even though Romney has lost every presidential election in which he’s ever competed, some Republicans still gravitate to him and his inner circle for political advice.

Romney met with Bush and Rubio – the establishment candidates – to give them his blessing. That didn’t work. Americans aren’t dumb and don’t want anything to do with hand-picked RINOs. You know what hurts the GOP? Lying weenies that are more interested in money and power than doing the right thing. That’s what hurts the GOP. Spineless progressives who would rather sell out their constituents than stand up to a stone cold Marxist… that destroys the GOP. And what’s with the interview with Axelrod? Romney picks someone to interview him and it’s literally a commie Obama sycophant? That says a lot all by itself. Trump isn’t childish, he’s passionate about his stances. Maybe he should be lecturing Romney. Seems to me Mitt needs some schooling in politics.