Wednesday morning, a deranged madman opened fire on a group of Republicans, their aides and Capitol Police officers. House Majority Whip Steve Scalise was shot in the hip, along with three others — an aide and two of the Capitol Police officers. After the shooting, Scalise was rushed to Medstar Washington Hospital, where he underwent surgery. But now, it appears that he is not recovering well[1]. 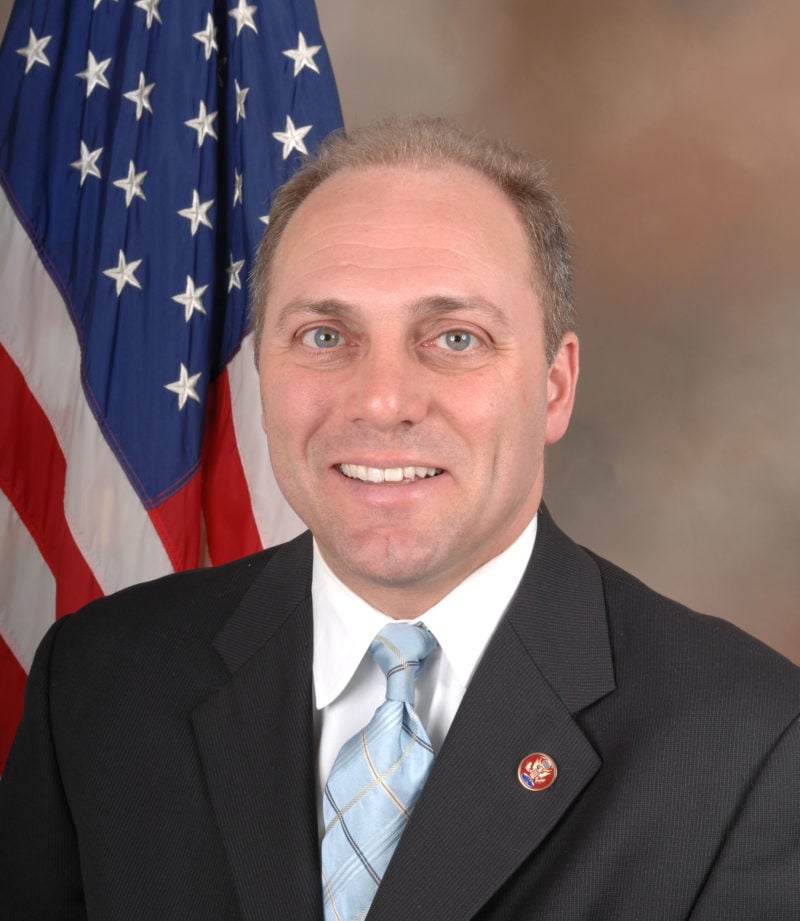 Donald Trump visited Scalise Wednesday evening, around 8:40 pm. He was accompanied by his wife, Melania, and some aides, who carried white flowers to give to Scalise. They stayed for approximately half an hour and Trump then tweeted out an update — that Scalise was not in great condition.

Just left hospital. Rep. Steve Scalise, one of the truly great people, is in very tough shape – but he is a real fighter. Pray for Steve!

The hospital also released a statement updating the public on Scalise’s condition:

“Congressman Steve Scalise sustained a single rifle shot to the left hip. The bullet travelled across his pelvis, fracturing bones, injuring internal organs, and causing severe bleeding,” the statement read. “He was transported in shock to MedStar Washington Hospital Center, a Level I Trauma Center. He underwent immediate surgery, and an additional procedure to stop bleeding. He has received multiple units of blood transfusion. His condition is critical, and he will require additional operations. We will provide periodic updates.”

There have since been no updates on Scalise’s condition. It’s believed that the delay in reaching Scalise during the shooting may have been a contributing factor, as he was left laying in the field for at least several minutes, with heavy gunfire preventing anyone from reaching him.

After the shooting yesterday, Trump addressed the nation, offering support and prayers for the injured and giving an update: that the shooter, James T. Hodgkinson, had died.

The Trumps didn’t just visit Scalise while they were at the hospital; they also visited Capitol Police officer Crystal Griner, who was also shot, and who is said to have been the one to take Hodgkinson down.

Trump sat by the hospital bedside of @SteveScalise[6], and had his presidential physician confer on Scalise today. He also talked w Cap Police. pic.twitter.com/afXA6GGKYP[7]

For now, Scalise’s outlook is unknown, but it’s certain that he needs our prayers.