Yesterday I noted that it is time for conservatives to start planning the demise of the Republican Party[1] and today, in Virginia, we get one more example of why this is a necessary action. We see it in what the GOP establishment did to Dave Brat, the man who beat Eric Cantor in this month’s primary, and it is a perfect example of how the GOP’s claim that party unity is important is simply a flat out lie. 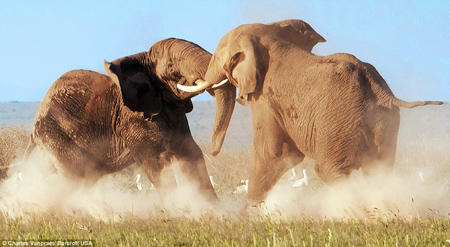 Remember how this always works: When a conservative challenger loses a primary to an establishment Republican the GOP bigwigs run around urging the voters who voted against their establishment candidate to vote for their hack in the general. They say that conservatives must support their hack because of “party unity.”

These party hacks say that after a primary we must now patch up our differences and stand as one to defeat the Democrats and that our ideas will be incorporated with theirs in governance. We have to be one big happy family, they say.

Of course, it goes without saying that establishment hacks never give conservatives a say in governance unless conservatives win elections and force the issue. I suppose we might at least understand that to be “politics” as usual. As they say, “politics ain’t beanbag,” it is hardball. You win an election and you win the right to hold the rudder of the ship.

OK, we get that. As hard as it is to love, it at least makes sense.

But in Virginia we see that the GOP’s idea that party unity is a “must” is simply a lie. You see, if we lose we are supposed to swallow our pride, go along to get along, join the party hacks to work against the Democrats, support the GOP hack that won, and stand shoulder to shoulder with the winner.

But when the establishment loses, why all this party unity crap is thrown right out the window and the hacks begin to work against their own party’s primary winner.

Evidence Virginia where loser Eric Cantor’s disgruntled acolytes have now gone out of their way to defund Dave Brat’s election campaign by emptying the bank account for campaign funds in his district.

David Steinberg has the details at his Self-Evident[2] blog post today.

What happened was that Cantor’s allies who sit on the 7th District GOP Committee just emptied the bank account the organization uses for election campaigning leaving nothing for Brat to use in his upcoming general election campaign.

Now, money is the mother’s milk of politics. Without money a candidate has an exponentially harder time winning an election. And in this case you can bet that the Democrats will spend big cash to try and defeat Brat in the general because *evil tea party* and all.

But here we have the same creeps the bleat “party unity” when their guy wins going behind the back of the nominee from their own party to bleed his war chest and help defeat him.

If the GOP was serious about all this “party unity” crap they carp on and on about, they wouldn’t have emptied this campaign fund after Brat won the primary. They’d be finding ways to fill it. And if Cantor had won they’d be doing just that.

Folks, there is no reason on earth why conservatives should help the Republican Party. The GOP hates conservatives more than they hate Democrats and this incident in Virginia is just one more example of that.

The GOP needs to be destroyed.[3]