Virginia Lieutenant Governor Nominee: Black Americans Should Give Up Their “Slavish Devotion” To The Democrat Party

There’s nothing a liberal hates more than a black man who stands up and tells the world that minorities don’t need the Democrat Party to succeed. That’s why Pastor E.W. Jackson, who was chosen as the GOP’s Lieutenant Governor Nominee, better get ready for a tsunami of hatred[1]. When a black man tells the truth about the Democrats, they feel compelled to try to destroy him before he sets a good example. 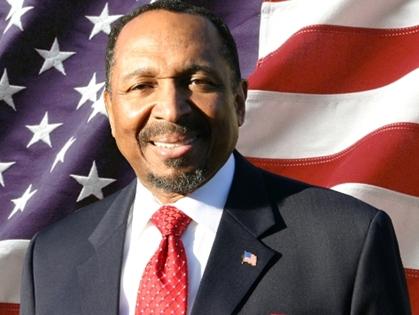 An outspoken and provocative conservative who emerged from Saturday’s Republican Party of Virginia Convention as the party’s nominee for lieutenant governor once compared Planned Parenthood to the Ku Klux Klan and blasted African-Americans for their “slavish devotion” to the Democratic Party.

E.W. Jackson, an African-American pastor and attorney from Chesapeake, made the comments in a self-produced “message to black Christians” posted on YouTube last year.

“The Democrat Party has created an unholy alliance between certain so-called civil rights leaders and Planned Parenthood, which has killed unborn black babies by the tens of millions. Planned Parenthood has been far more lethal to black lives than the KKK ever was,” he said in the video. “And the Democrat Party and the black civil rights allies are partners in this genocide.”

…”Shame on us for allowing ourselves to be sold to the highest bidder. We belong to God,” he said in the video. “Our ancestors were sold against their will centuries ago, but we’re going through the slave market voluntarily today.”

Incidentally, I agree with every last thing E.W. Jackson said there including the “and’s” and the “the’s.” Now, the only question is, can E.W. Jackson get elected to office when a lot of Americans prefer comfortable lies to hard truths? I guess we’ll see soon enough.