I’ve always admired Steve King[1] and I still do. Today he made a proposal that I back 1000 percent… he wants to take $500 million in federal funding away from Planned Parenthood and use it on the border wall. That’s an EXCELLENT idea! CNN’s Alisyn Camerota interviewed him and tried to act like she was trapping him with his answer… King didn’t give a flip. The man stands on principle and what he believes is right.

Camerota also tried to squeeze in there that it is American taxpayers paying for the wall and not Mexico. It was always going to be that way… if Mexico pays, it will be in the form of fees at the border etc. There’s no scandal there you dimwit. And then she was horrified that King wanted to cut food stamps and entitlements. That’s already being done by various states across the nation and with great success. It is putting people back to work and cutting expenditures massively. So, why shouldn’t we use that money for the wall? Americans need and want to go back to work. Help them do that. 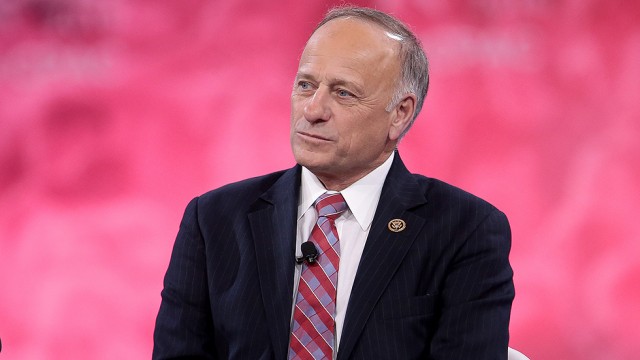 When pressed by CNN’s Alisyn Camerota about the cost of the proposed U.S.-Mexico wall, King said he is comfortable with the $1.6 billion[4] appropriated in the Homeland Security spending bill for next year.

“And I’d throw another $5 billion on the pile, and I’d find a half of a billion dollars of that right out of Planned Parenthood’s budget,” the lawmaker said. “And the rest of it could come out of food stamps and the entitlements that are being spread out for people that haven’t worked in three generations.”

“We’ve got to put America back to work,” he continued. “This administration will do it.”

Of course, Camerota then started with the leftist propaganda. She asked the congressman if he really wants to “take food from people who are on the lowest rung, in terms of the nation’s safety net, and their children, in terms of food stamps.” What drivel… always with the poor children bit. The food stamp rolls are being cut with the elimination of able bodied adults who DO NOT have children… those people are being forced back into the workforce as they should be. Now, this next part I’m not crazy about… King said he’s comfortable cutting food stamps because they were meant to battle malnutrition and too many people on welfare are now obese. That’s the wrong reason. I understand his point, but it’s wrong. King may have said that because he believes it would hit home with leftists… see Michelle Obama.

King is right that securing the southern border will provide millions of jobs. And that is a very big deal. We need those jobs and we need the security to protect Americans. It’s a win-win situation. “We will create the kind of security that would bring about 10 million new jobs in America just by enforcing immigration law,” King said. Overall, I agree with King wholeheartedly on this. Below are two videos. Both are good. One is Steve King and the other is Mo Brooks on the wall. They are well worth watching.