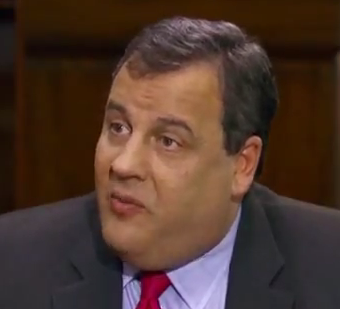 Say What? New Jersey Republican Governor Chris Christie is now under “serious consideration” for the number two spot on the ticket. : At least that’s what Stephen Hayes and Bill Kristol at The Weekly Standard have insinuated in their post published today[2]. : I know the chatter about who the nominee will be is intensifying, but from I’ve heard from top conservative activists at the AFPF’s Defending the American Dream Summit this past weekend is that T-Paw is probably going to be Mitt’s running mate.

Some have clamored for Rep. Paul Ryan due to his conservative credentials and intellectual prowess on the economic issues threatening our nation. : However, Kristol and Hayes cited one email in particular that was a response to their Go For Gold piece[3]: published this month. : This person declares that he/she:

…Was an early supporter of Pawlenty for president and then for VP, but have to throw my lot in with you now and hope for Ryan as VP.

I thought this election would simply be about competence and jobs, jobs, jobs.:  As a conservative I would have gladly liked someone exciting that would stirred my soul, but I just wanted to win.

But now I see that even if Romney was the best of a bad lot of candidates he needs help articulating where we are, how we got here and the path forward … and Ryan does that better than anyone but maybe Christie. So let’s go for broke and have the fight!

So, Kristol and Hayes conclude their piece stating:

Speaking of Christie: As of Friday, when we wrote the editorial, we’d been led to believe Christie wasn’t in serious consideration. We now have reason to think he may be. So to be clear: We’d certainly include him with Ryan and Rubio as potential gold medal finalists. As to choosing among the three of them? A photo finish. But choosing a VP candidate who will help Romney run a big, forward looking campaign–that is not a close call.

We need to “go for broke?” : In 9 out of the last 10 presidential elections, the candidate with the edge in the polls 100 days from Election Day won. : As I’ve written before, it’s a dead heat. : It’s unpredictable. : We don’t need reckless hail mary passes when it’s tied and we’ve just completed the third quarter. : Romney can afford to be safe. : As for Christie, he is doing some good work in the Garden State, but two northeastern Republicans on the ticket would be anathema to the base.

However, AllahPundit of HotAir posted about this development this afternoon[4] and wrote:

The argument against picking him has always been that (a) he’ll overshadow Romney and (b) he’s enough of a loose cannon that he’ll say something damaging on the stump. As to the latter point, Christie’s been stumping for Romney for months without any miscues; in fact, he’s trusted enough that Romney: chose him[5], among the Republican all-stars who were with him, to give the closing remarks at the big GOP confab in Colorado a few days ago. He’s not a dummy. He can rein himself in with the stakes this high. As to the former point, the more the election looks like it’s slipping away from Romney, the more I’d bet he’s willing to make peace with the idea of a larger-than-life VP if that guy can help him win. And Christie probably can help: Just four days ago, an FDU poll of the deep blue state of New Jersey found CC with a: 55 percent approval rating[6]: there, including 65 percent approval among independents. Some conservatives would argue that that’s because Christie, apart from fiscal issues, is basically a centrist, but I doubt Romney cares about that either. If tea partiers are willing to line up behind the guy who signed off on RomneyCare in the interest of bouncing The One, adding a guy to the ticket who believes in global warming isn’t going to deter them. The question at this point is, simply, would Christie increase Romney’s chances of winning more than any of the other shortlisters? There’s an argument to be made that, yeah, he would. Risky, but potentially high reward.

That’s a nice number for Christie, but rarely does the VP candidate carry his/her home state in the general election. : Furthermore, do we really believe that New Jersey will swing towards Romney because Chris is on the ticket? : Talk about wishful thinking. : Like California, the last time New Jersey went Republican in a presidential election was 1988 and don’t count on the squishy folks at the NJGOP to make a move towards changing that aspect. : I like Governor Christie, but he should finish the job in NJ first.

We will learn soon enough. According to Mediaite[7]:

Kristol went on to say that he thinks Thursday is the day to watch as the most likely time in which Romney would reveal his V.P. pick

If you look at Governor Romney’s schedule, he’s got events in Illinois Tuesday, Iowa Wednesday, a fundraising breakfast Thursday morning in New York — his calendar then is clear, so far as I can tell, Thursday afternoon and Friday,” said Kristol. “Then he begins a barnstorming tour Saturday in Virginia, North Carolina Sunday, Florida Monday, Ohio Tuesday.