What Would The Republican Party Ever Do If We Lost Meghan McCain? 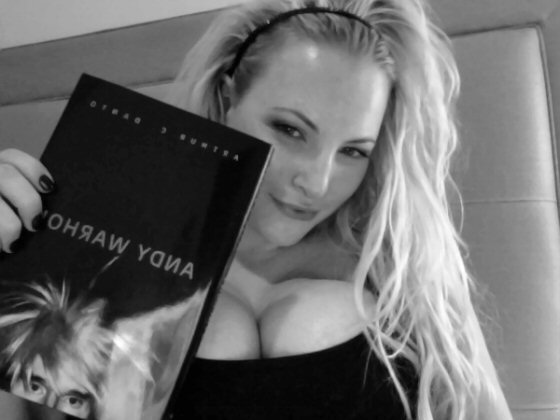 Last Tuesday, Mitt Romney lost–and he lost big. As Republicans, we lost again. I felt sad, exhausted, beaten down, and heartbroken. It was the first time that I considered that the Republican Party, which I love so much, might die.

…I know there are many out there, especially in the more conservative sphere, that regard me with disdain. I don’t fit into the traditional Republican box that the wingnuts who have hijacked my party think all Republicans should. For the last four years, I’ve been calling for Republicans to stop concentrating on social issues.

…I’ve spent most of my adult life fighting for change from inside the Republican Party.

… If I don’t see some changes in the next four years, I’m going to consider registering as an Independent in 2016.

Wow, what would we ever do without Meghan McCain? Look how much she says she loves the Republican Party! It’s that same sort of great love we saw between Chris Brown and Rihanna. Can we afford to let that die?

Granted, since Megan McCain first registered as a Republican in 2008 while her father was running for President, she hasn’t actually contributed anything at all to the GOP, but that just means she’s due to write a column that goes beyond angsty, teenage whining or complaints that someone was mean to her any day now. Do we really want to miss out on that?

Sure, some people might say that Meghan McCain is a spoiled airhead who only has a column at the Daily Beast because of who her daddy is and the fact that she’s willing to attack Republicans constantly while she claims to be one, but people who say that might not realize how much they’d miss being called a conservative wingnut every other week by a Paris Hilton knock-off until it’s too late. Others might say that the GOP could afford to lose its most prominent Paris Hilton knock-off to the Democrats, but just as America feared letting a missile gap develop with the Soviets, we have to be careful about letting a spoiled, rich, talentless brat gap develop with the Democrats. Sure, it might not seem all that important, but is this the time to be giving up on any demographic group?

Furthermore, how can we ignore Megan McCain’s words of wisdom? She holds conservatives in complete disdain and has demanded that we give up on social issues and yet, in the last two elections, we ran her father and Mitt Romney, two moderate Republicans who were soft on social conservatism and look how well it worked out….uh, wait. Just ignore that part.

Last but not least, we have to think about Megan McCain’s welfare. If she’s no longer a “Republican,” then the Daily Beast won’t run her columns anymore because there’s no point to it. Next thing you know, her poorly written book about changing from a Republican to an independent flops, she drops off the radar, and she’s making a sex tape with Rick Salomon or Reggie Bush to try to get back in the public eye. Can we really do that to the McCain family? Well, more precisely to Cindy McCain? She seemed nice, at least….Okay, okay — that’s a LITTLE unfair. I mean, just because someone is shameless enough to take a job as a writer based on who her father is despite the fact that she knows nothing about life or politics, has a double digit IQ and can’t write doesn’t mean she’s shameless enough to do ANYTHING to get in the spotlight.

PS: Although I’m begging and pleading for Meghan McCain not to go, if she does, I think it’s VERY IMPORTANT that she not take Joe Scarborough, David Frum, Mike Murphy, Kathleen Parker, David Brooks and Steve Schmidt with her. I don’t know how the Republican Party would make it another day without all of them parroting whatever the latest Democrat lines are about the GOP for publicity and pay.