On Tuesday, WikiLeaks released “Vault 7,” a massive leak consisting of documents from the CIA that exposed their ability to hack Americans — everything from smart phones to smart televisions. Lots of pundits immediately chimed in with their opinion of the hack, which of course varied, but Meghan McCain chimed in slamming WikiLeaks[1] and with a rather interesting take on the situation. 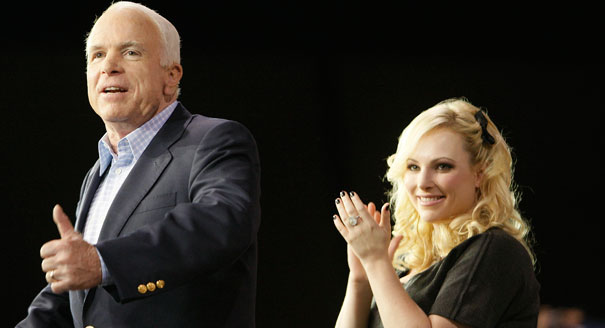 McCain appeared on “Outnumbered” on Fox News and according to her, the problem is not the CIA, but the leaks themselves. “Who is surprised that the CIA uses covert operations to infiltrate espionage?” she said. “Duh! Watch one James Bond movie! Everyone knows this is what they do.”

“The fact you are showing … exactly how they do it, you are making our national security less safe,” she continued.

Brian Kilmeade agreed, saying that he was “unbelievably concerned” about the leaks. “I believe most people say that are in the know that this is worse than Edward Snowden and what he gave away, because it tells us how we do things,” he said. “It gives other nations a sense of we can’t be trusted because we can’t control our own intelligence apparatus. It’s astounding how devastating this is.”

“If the CIA can use it, so can the Russians, or the Chinese or organized crime,” he explained. And this is exactly what Wikileaks said already has happened. In their press release, Wikileaks said the CIA “lost control of the majority of its hacking arsenal” and that the “cyber weapons” have possibly already “spread around the world… to be used by rival states, cyber mafia and teenage hackers alike.”

Worryingly for the CIA, there are allegedly more WikiLeaks releases to come; they tweeted today that they have “released less than 1% of its #Vault7 series in its part one publication yesterday ‘Year Zero’.”