T-Rex had a very tense meeting[1] with the Russians today. At first I didn’t think he would get to speak with Putin, but after a lengthy wait (to make a point, I’m sure), he got his meeting. The Russians are calling it ‘frank’, I call it ‘terse’. You’ve got to give it to Rex Tillerson… it takes a set to sit down with Russia after the Syrian chemical attack. We are now accusing Russia of being involved in that attack and I am certain they were. Oh, and Russia just blocked a UN Security Council resolution condemning the Syrian chemical attack; China abstained on the vote.

While speaking with Russian Foreign Minister Sergey Lavrov[2], Tillerson commented that U.S.-Russia relations have hit a “low point,” while stressing the need to improve ties. I wouldn’t count on that happening anytime soon. “There is a low level of trust between our two countries. The world’s two foremost nuclear powers cannot have this kind of relationship,” Tillerson said. I’ll say it again… the Cold War never ended… it shifted. We are enemies and that isn’t going to change. Putin is nice when it benefits him and right now he’s embarrassed and extremely dangerous. 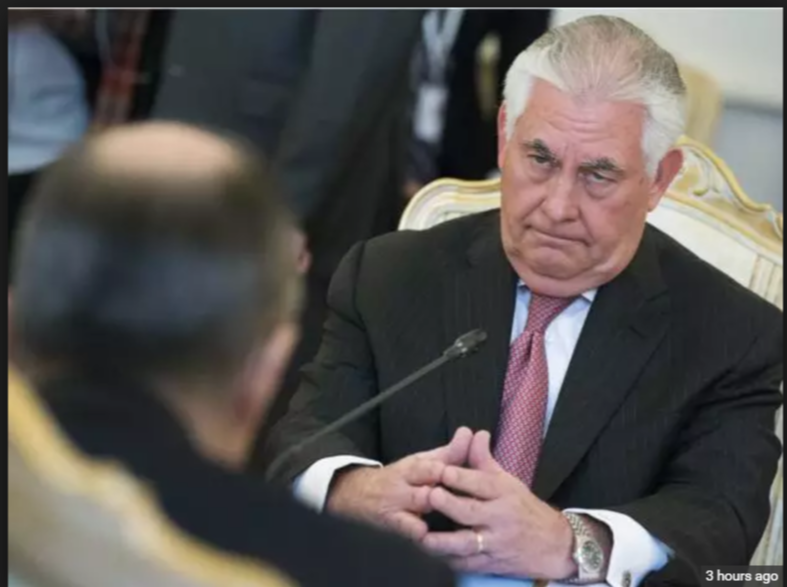 Russia’s foreign minister said during a news conference Wednesday that the meeting between Secretary of State Rex Tillerson and Russian President Vladimir Putin “have proven to be substantial and very frank.”

Russian Foreign Minister Sergey Lavrov, through a translator, said in Moscow: “This has been a long day. We have had talks with the state secretary of the U.S., Rex Tillerson. Right now, we have had a long conversation with president Vladimir Putin of Russia.”

“It has lasted for more than 2 hours,” Lavrov said of the meeting. “The negotiations have proven to be substantial and very frank. They have comprised a whole gamut of issues, bilateral relations as well as our interaction in the international arena.”

Tensions have been ratcheting up since Trump ordered a missile strike last week on an airbase controlled by the Assad government, in response to a chemical weapons attack. But Lavrov said Wednesday that the U.S. and Russia have agreed on the need for a United Nations probe of the Syrian chemical attack, a step that could dial down the rhetoric between the two nations for now. Personally, I think that is a huge mistake. Anything that comes out of the UN is likely to be a lie and support Russia. Dictators and war criminals tend to stick together.

There is concrete and irrefutable evidence that Assad was the one who launched the chemical attack. Sarin gas must be mixed to be dispersed, so that whole rebel warehouse lie is full of holes. However, Tillerson said, “We need to attempt to put an end to this steady degradation.” Yes, we do… somehow. Because if we don’t, we are going to have a world war with nuclear weapons and all my jokes about the end of the world won’t be very funny anymore.

Tillerson ratcheted up his rhetoric en route to Moscow earlier this week, saying “the reign of the Assad family is coming to an end” and challenging Russia to reconsider its alliance with the government in Damascus. The US and Russia have now agreed to work together to eradicate ISIS. But don’t look for Russia to just cave… they doubled down today on their support for Assad. T-Rex is going to have to roar a lot louder I fear. 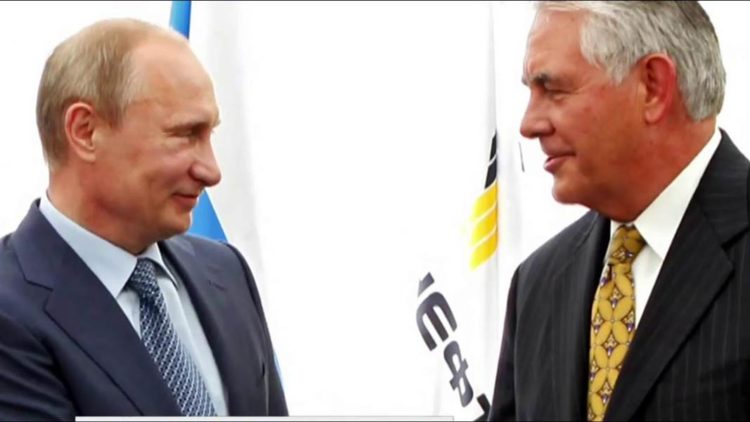