NY Times: The Answer To Terrorist Attacks Is Totally Clear 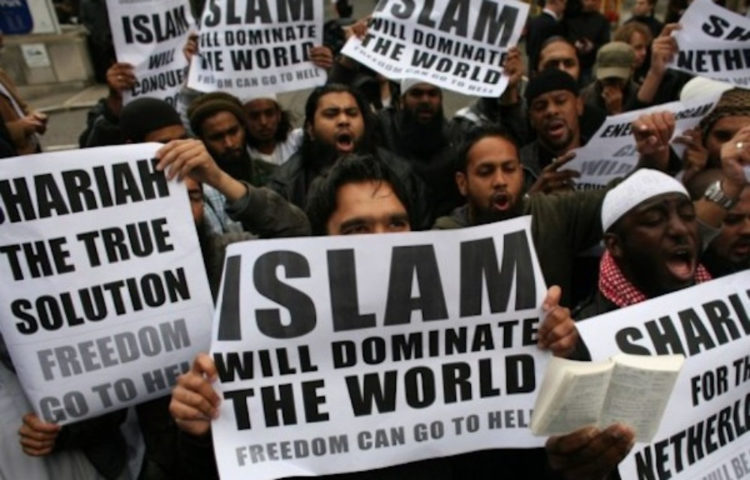 In the wake of the terrorist attack by a radicalized Muslim from Uzbekistan (a nation that has been a significant hotbed of Islamic extremism[2] for a long time) the NY Times was initially silent, unlike, say, in the aftermath of Las Vegas. You knew the would eventually find their voice, though, right? First of, the NY Times Editorial Board decided to attack President Trump[3], along with the notions of border control and extreme vetting, much as the Washington Post EB did[4]. But, they also did this

Murderous attacks by a brooding “lone wolf” attacker or full-blooded “terrorist” have become, alas, a blight of our times, an eruption of random killing that can strike a cafe, a crowded promenade, a country music festival or a bike path in New York.

Each new attack is met by anguished questions: Why?

Um, because of the spread of extremist Islam would be my guess. And it certainly did not help that ISIS grew and spread under Mr. Obama’s watch.

Could not the police have prevented the attack? Sayfullo Saipov, in custody now after the attack in Manhattan on Tuesday that left eight people dead, is said to have been planning his death spree for weeks [6]and had links to people who were the focus of terrorism investigations. Was there really no sign that he — or the shooter in Las Vegas, or the killers in Barcelona, Nice, Berlin, London, Stockholm or Paris, all places where innocent people have been killed by hate-filled fools — was about to commit an atrocity?

Well, fortunately, Leftists, Progressives, both here in the United States and around Europe, and to some small degree in Australia, have worked overtime to stop investigations into radical Islam, into the mosques and schools, and into the people who all are right there radicalizing Muslims. These same Progressives create situations where many are afraid to say something when they see something, which is how we got situations like the child sex abuse in Rotherham[7], UK. They’ve essentially declared all things as “Islamophobia.”

But the hard fact is that it is not possible, and never will be, to anticipate every attack, to make cities teeming with life immune to the desperate acts of men seething with resentments, especially when final preparations are as banal as renting a truck.

They are correct on that. There are always bad people out there. But, we shouldn’t make it easy for them, such as, say, letting in someone on a permanent resident visa for some silly diversity push from a place which is a hotbed of Islamic radicalism, who reportedly brought 23 relatives[8] with him using chain migration.

And as for the tiresome calls for draconian border controls, could immigration authorities really have foreseen in 2010 that a 22-year-old arrival from Uzbekistan — which is not on the list of countries on the Trump administration’s travel ban — would be radicalized and evolve into a killer? Mr. Saipov’s cries of “Allahu akbar” and other evidence speak to an affinity for the Islamic State, but it does not require a long apprenticeship in a terrorist network to rent a Home Depot truck and drive onto a bicycle path.

It’s funny how the NY Times is more likely to protect Islamic radicals and attack Trump and those who think that border control is a pretty good idea, eh?

Therein is the most anguished of the questions posed by terrorism: How do we, as a society that cherishes our freedoms, that draws strength from its diversity, respond to terrorism that explicitly rejects those values and seeks to infect us with the killer’s grisly cynicism? To that, the answer should be clear.

It is pretty clear, but, I’m betting the answer from the high muckity mucks of the NY Times, who live in enclaves that are not in danger of terrorist attacks by radicalized Muslims, nor have a problem with crime from illegal aliens, nor have any of the plebes around (unless they are there to cut the grass and clean the toilets), is vastly different from what the rest of us think. Their clear is certainly “open borders, protect all Islam even the extremist parts, and just deal with the fallout when it arises.”