ALERT: Armed Russian Jet Comes Within 5 Feet of US Jet

The United States is having to deal with increasing hostility from multiple foreign nations. North Korea has frequently taken the spotlight in recent months, as they continue to conduct missile tests, and with the death of Otto Warmbier, dominating the news. But Russia has made it clear that we can’t ignore them either and especially with the latest stunt they pulled with one of our spy planes[1]. 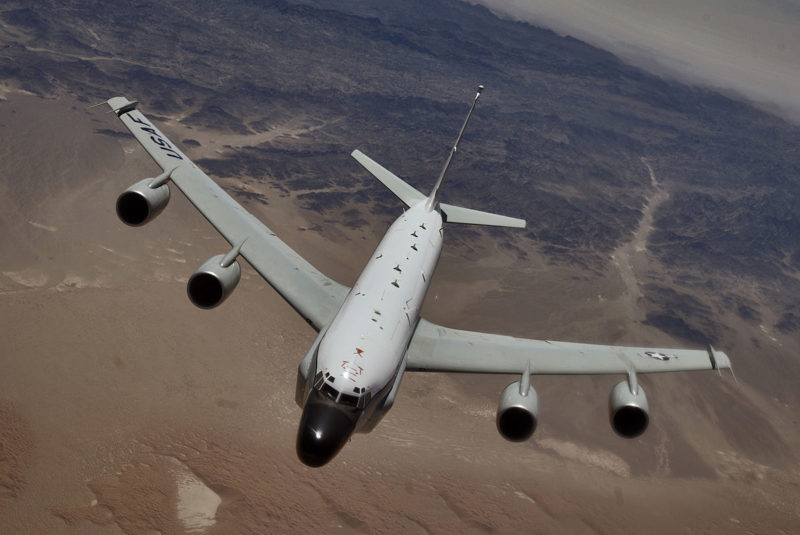 Monday, defense officials said that an armed Russian fighter jet came within just feet of a United States reconnaissance plane that was flying over the Baltic Sea. The U.S. Air Force RC-135, a spy plane, was flying in international airspace when the Russian jet intercepted.

United States defense officials slammed the maneuver, saying that is was not only unprofessional, but not safe. According to officials, the Russian pilot was flying at “a high rate of speed” and had “poor control” of his aircraft.

But this turned out to be just the beginning; today, a United States fighter jet was forced to shoot down a drone for the second time in less than a month. The Syrian drone was “showing hostile intent” to coalition forces, flying in a pattern that would take it directly over where American troops were located. The drone was also armed, leaving officials no choice but to authorize an F-15 to shoot it down. The drone’s actions were called “unacceptable.”

Previously, an Iranian-made drone was shot down earlier in June after it flew in the same area. The drone was armed and fired on coalition forces, defense officials said.

Russia has supported the Syrian government regime in the country’s civil war and their support has included military strikes against Syrian rebels and innocent civilians. These actions have come under fire from the United States government, which has urged Russia to stop supporting the Syrian government and focus solely on ISIS instead.

How do you think the United States should deal with Russia moving forward?