With so many allegations of sexual harassment running rampant over the last few months, including the newest allegations against Roy Moore and Al Franken, I’m beginning to wonder exactly how small the group of people who have NOT sexually harassed a woman is.

Equally small, I imagine, is the group of women who have not been in some way victimized by a man who can’t seem to keep his hands to himself. At least that’s the way it seems, thanks to the blood-thirsty, over-zealous media who feel the need to over-hype every story and drain every little drop of attention they can from it before moving on to the next scandal of the century.

But you know who hasn’t been touched against her will? 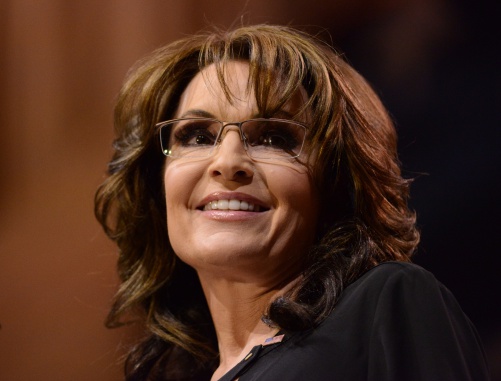 The former Governor of Alaska had been on Capitol Hill to meet with Rand Paul, who had an unfortunate run-in with an abusive neighbor that resulted in 5 broken ribs and has been recovering from his injuries since then. MSNBC’s Katie Hunt caught up with her and the pair discussed the allegations of inappropriate sexual behavior that have been plaguing the country’s rich and powerful.

Palin stated that she doesn’t believe that the allegations are a partisan issue and when asked if she has ever been sexually harassed, gives an answer that is so pro-Second Amendment it would bring a tear to a bald eagle’s eye.

“You know, I think a whole lot of people know that, I’m probably packing,” she says, citing her pro-gun stance as the reason she hasn’t been messed with. “So I don’t think there’s a whole lot of people who would necessarily mess with me, and I don’t mean to be light-hearted about it because it’s a serious issue. It really stinks for women in the workplace that, for too long, men have thought they can get away with kind of being that old school thinking that it’s okay to belittle and harass women in general. The floodgates are really open that could lead to a lot of false accusations that really harm an innocent person.”

More women need to arm themselves and train, because that is the only way to deter and defend yourself from criminals who are looking to make you into a victim. It’s something that shouldn’t need to be done because in an ideal world, nobody would be putting their hands on anyone who didn’t want it, but we don’t live in that world. You must be prepared to do whatever is necessary to protect yourself because evil people exist and they are out there.