Sarah Palin will work to defeat Speaker Paul Ryan[1] by supporting his primary opponent in Wisconsin. Palin believes Paul Ryan has his eye on a 2020 Presidential run and she doesn’t want to see that either. 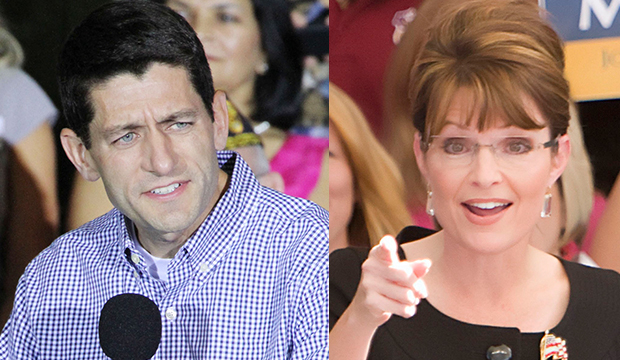 Palin said in an interview that airs Sunday on “State of the Union” that her decision was sparked by Ryan’s bombshell announcement to Tapper last week that he wasn’t yet ready to support Donald Trump, the Republican presumptive nominee. Palin endorsed Trump back in January.

“I think Paul Ryan is soon to be ‘Cantored,’ as in Eric Cantor,” Palin said, referring to the former Republican House majority leader who was ousted in a shocking upset in 2014 when challenger Dave Brat ran to his right in a Virginia primary.

Sarah Palin suggests that Paul Ryan’s political career is over because he doesn’t support Donald Trump. We shall see where this goes.