Great job, Obama! It isn’t America that plans to ‘build 3D-printed base on the moon by 2030

I thought America was the greatest country on the planet? Not according to the moon in which a European company plans to build a 3D printed space station on the moon[1] by 2030. 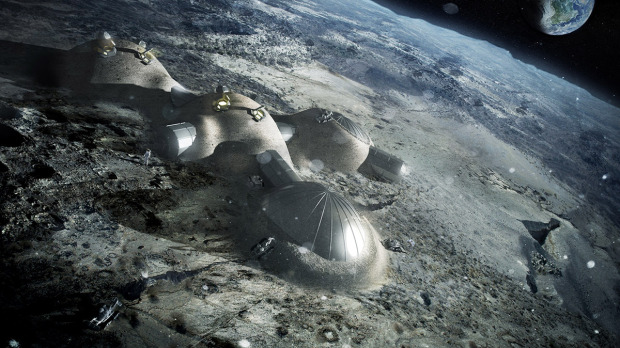 The European Space Agency plans to build a ‘moon village’ from a naturally-occurring radiation-resistant moon material called regolith. The ‘village’ would most likely be built on the rim of a south pole crater called Shackleton, where it would receive almost limitless solar power.

This is amazing and I am excited to watch this develop. I sincerely hope that a friendly space creature inhabits the 3D printed space base and populates the moon. Just think, we’ll be able to wave to them.