The work of cultural Marxists and critical theorists is not completed until every pillar supporting Western civilization has been destroyed by moonbattery. This includes even fields of accomplishment that in a healthy society would have nothing to do with politics, like physics:

A feminist academic affiliated with the University of Arizona has invented a new theory of “intersectional quantum physics,” and told the world about it in a journal published by Duke University Press.

Whitney Stark argues in support of “combining intersectionality and quantum physics” to better understand “marginalized people” and to create “safer spaces” for them, in the latest issue of The Minnesota Review.

Because traditional quantum physics theory has influenced humanity’s understanding of the world, it has also helped lend credence to the ongoing regime of racism, sexism and classism that hurts minorities, Stark writes in “Assembled Bodies: Reconfiguring Quantum Identities.”

When liberals are through banishing famous Confederates to the memory hole, they will go after the Founding Fathers. The next dead white males on the hit list may be famous scientists like the noted racist/sexist/homophobe/transphobe/Islamophobe thought criminal Isaac Newton:

Stark identifies Newtonian physics as one of the main culprits behind oppression. “Newtonian physics,” she writes, has “separated beings” based on their “binary and absolute differences.”

What a bigot, that Newton. No doubt Einstein was just as bad.

“This structural thinking of individualized separatism with binary and absolute differences as the basis for how the universe works is embedded in many structures of classification,” according to Stark.

These structures of classification, such as male/female, or living/non-living, are “hierarchical and exploitative” and are thusly “part of the apparatus that enables oppression.”

They are also part of the apparatus that enables sanity — which academia has been methodically working to dismantle.

Maybe Whitney should stop contributing to oppression with her binary classification of the human race into the sanctified oppressed and demonized oppressors. Then she could make herself useful by getting a job cleaning hotel rooms or something instead.

Check out the abstract:

In this semimanifesto, I approach how understandings of quantum physics and cyborgian bodies can (or always already do) ally with feminist anti-oppression practices long in use. The idea of the body (whether biological, social, or of work) is not stagnant, and new materialist feminisms help to recognize how multiple phenomena work together to behave in what can become legible at any given moment as a body. By utilizing the materiality of conceptions about connectivity often thought to be merely theoretical, by taking a critical look at the noncentralized and multiple movements of quantum physics, and by dehierarchizing the necessity of linear bodies through time, it becomes possible to reconfigure structures of value, longevity, and subjectivity in ways explicitly aligned with anti-oppression practices and identity politics. Combining intersectionality and quantum physics can provide for differing perspectives on organizing practices long used by marginalized people, for enabling apparatuses that allow for new possibilities of safer spaces, and for practices of accountability. 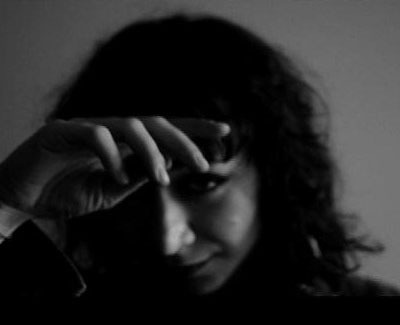