Scientists: Cooking With This Common Kitchen Product Could Be Causing Alzheimer’s

It’s summer, which means everyone is looking to fire up their grill. But scientists are warning people to be cautious before using a certain household item. 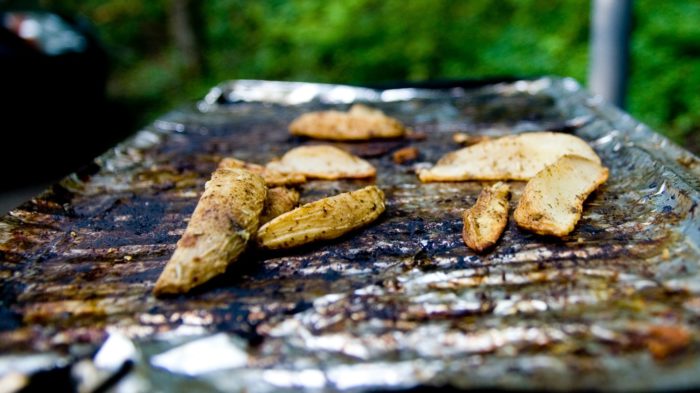 But if you’re the sort of person who uses aluminium foil to keep their barbecue clean, we’ve got some bad news for you – turns out metal can transfer from the foil into your food.

This isn’t great news for your body, as high doses of aluminium have been linked to osteoporosis and Alzheimer’s. Studies have also linked a high intake to patients with bone disease or kidney failure.

The World Health Organisation states that 40mg is a safe daily intake of the metal, but a study conducted by researchers at the American University of Sharjah showed that food cooked in foil could contain over six times that amount, with one portion of cooked meat containing up to 400mg.

Researchers Dr Fathia Mohammed and Dr Essam Zubaidy cooked various meats with a variety of other ingredients, including tomatoes, vinegar and salt, along with vegetables and water. They also adjusted temperatures and time periods.

The study showed that foods cooked in acidic, liquid solutions such as lemon juice or tomato sauce took on the most aluminium. Add spice to the mix and levels climb even higher. Foods cooked in alcohol and salt, on the other hand, didn’t absorb as much.

The human body can actually deal with small amounts of the metal efficiently, but the problem is that most of us will go over that amount as it is, thanks to frequent exposure to aluminium in foods such as corn, yellow cheese and tea. Most antiperspirants also contain aluminium.

This seems to be highly doubtful — in fact, the Alzheimer’s Association itself points out that repeated studies have failed to find any link whatsoever between Alzheimer’s and aluminum. So fear not! You can grill with aluminum foil in peace.