Modern science is mostly based on discoveries by white men. Therefore, it is racist and sexist and must be replaced with a new science. Enraged by the mild deviations from liberal orthodoxy that got James Damore fired from Google, Chanda Prescod-Weinstein, a physics researcher at the University of Washington, is ready to do her part:

Prescod-Weinstein takes issue with the contention—related to her by a “well-known scientist”—that “the Google memo failed to constitute hostile behavior because it cited peer-reviewed articles that suggest women have different brains,” arguing that “peer-reviewed” is not synonymous with “correct.”

She presumably means “correct” in the political sense — the only sense that matters these days.

Prescod-Weinstein asserts that, rather than placing value in the contents of peer-reviewed scientific articles, we should recognize that “science has often made its living from encoding and justifying bias” and is “conducted primarily by white men.”

I hope televisions and airplanes still work after Prescod-Weinstein and other social justice warriors ban the patriarchal theories of Einstein and Newton.

Noting that Thomas Jefferson held views that are now deemed incorrect (although they have since been proven six ways to Sunday), Prescod-Weinstein denounces this quintessential Renaissance Man as “a biased white supremacist who hid behind science as a shield.”

Here’s why scientific discoveries made by white guys (i.e., the overwhelming majority of them) are invalid:

“Most saliently in the context of the Google memo, our scientific educations almost never talk about the invention of whiteness and the invention of race in tandem with the early scientific method which placed a high value on taxonomies—which unsurprisingly and almost certainly not coincidentally supported prevailing social views,” she writes, declaring that the European Enlightenment was less a function of “objective ‘science’” than an outgrowth of “the rise of violent, imperialist globalization during the same time period.”

It isn’t just Thomas Jefferson; the whole Enlightenment has to go. There sure won’t be anything enlightened about the dark ages political correctness is pulling us into.

She laughably proclaims that European scientific advances “were in fact collations of borrowed indigenous knowledge” — and then starts barking about how so-called progress causes global warming, implying that we would be better off without science anyway. She also expresses her hostility by shouting that “Science has done little to combat racism and sexism and has mostly helped them.” If science doesn’t give you the facts you want, throw out science and keep the imaginary facts.

Obviously, a white guy with this loose a grasp on reality would not be working as a physics researcher at a university. At best, they would let him mop the floor at the lab. That’s why the Affirmative Action approach to science is so important to people like Chanda Prescot-Weinstein, who has actually taught at MIT, even though her head is so full of loose screws that it probably sounds like maracas when she shakes it.

Incidentally, Chanda identifies as a “Black queer ciswoman.” She has previously announced her intentions to “burn the tent of whiteness down” and to “challenge everything this country has stood for in the last 250 years.”

If malevolent kooks like Chanda Prescot-Weinstein decide that it makes them feel empowered to assert that 2 + 2 = 5, you had better believe it or you are a racist and a sexist and might lose your job like that thought criminal James Damore. 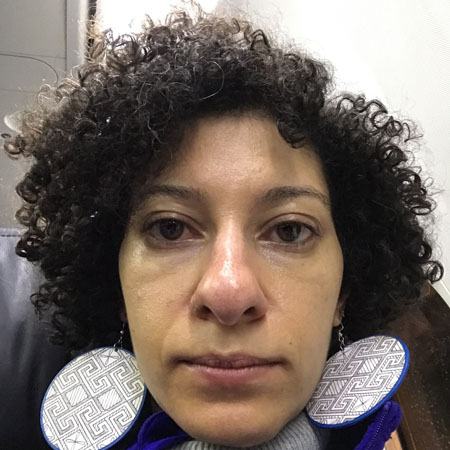