I’m going to shamefully admit that I’d never heard of the Magnus Effect[1] before today. I do have to admit, however, that it does some pretty cool things to this basketball when it’s thrown from a cliff above the clouds! 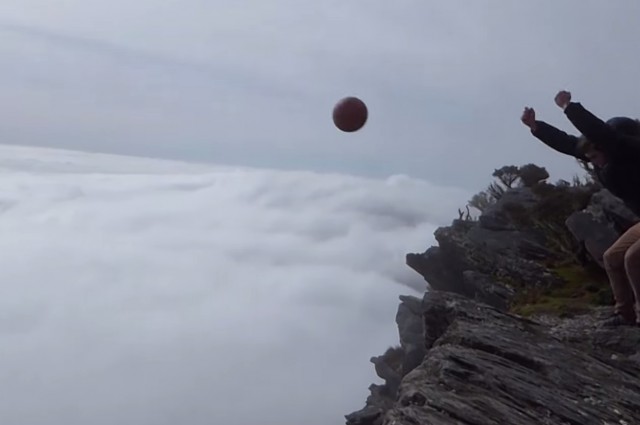 We’ve shown you the Magnus Effect in spectacular action[3] before, when a basketball was thrown from a dam. Rather than dropping vertically, the ball gracefully swerves away from its downward descent, skimming along in the waters below.

Impressive as that was, science will always reach for the sky.

Or even just above the clouds, as this video from How Ridiculous[4] of a basketball being thrown from a cliff shows.

Science teachers around the world take note; something like this could be an awesome field trip. I wish I had done this when I was in high school!