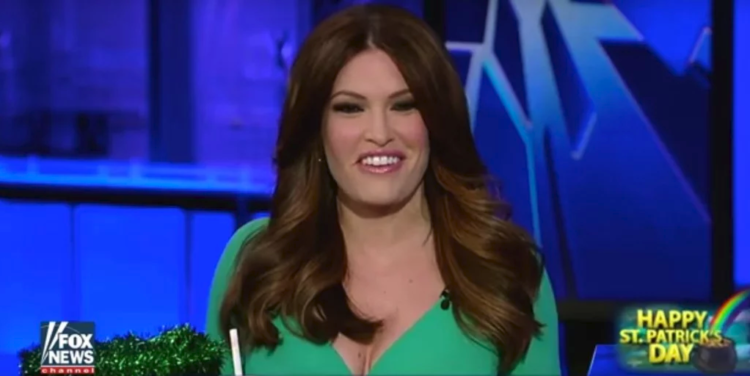 Since 2006, Kimberly Guilfoyle has been a Fox News contributor and made a name for herself as a co-host of “The Five,” and has been a very strong supporter of President Trump.

Recent rumors have it that Sean Spicer will be leaving the White House as their Press Secretary. Business Insider recently reported[2]:

“We have sought input from many people as we look to expand our communications operation,” White House deputy press secretary Sarah Huckabee Sanders, who has recently shared press briefing responsibilities with Spicer, but reportedly does not want the press secretary job, told Politico. “As he did in the beginning, Sean Spicer is managing both the communications and press office.”

Mercury News confirmed back in May that Kimberly was being interviewed by the White House in part of a talk to take on the Press Secretary job[3].

The 48-year-old Guilfoyle said the idea of her taking the job had been “raised by a number of people” in the Trump administration,” adding that she communicates regularly with the administration and considers herself a friend of the Trump family. “I’m a patriot, and it would be an honor to serve the country,” she said.

But now, it looks like she’s decided to remain with Fox.

“I’m excited to remain at Fox News Channel, a place I have called home for many years, and to continue my role as co-host of The Five,” Guilfoyle said in a statement provided by Fox. “I very much look forward to what lies ahead.”

With the front runner out of the picture and back on television, we only have to wait and see who will replace Spicer.