BREAKING: Sean Spicer Just Reported To The Pentagon For Duty – IN UNIFORM!

With President Donald Trump down in Florida for Easter, White House Press Secretary Sean Spicer was doing his job…But it wasn’t the job in the White House Press Room, taking questions and getting flustered with the media bias. Nope, it was his other job[1]. 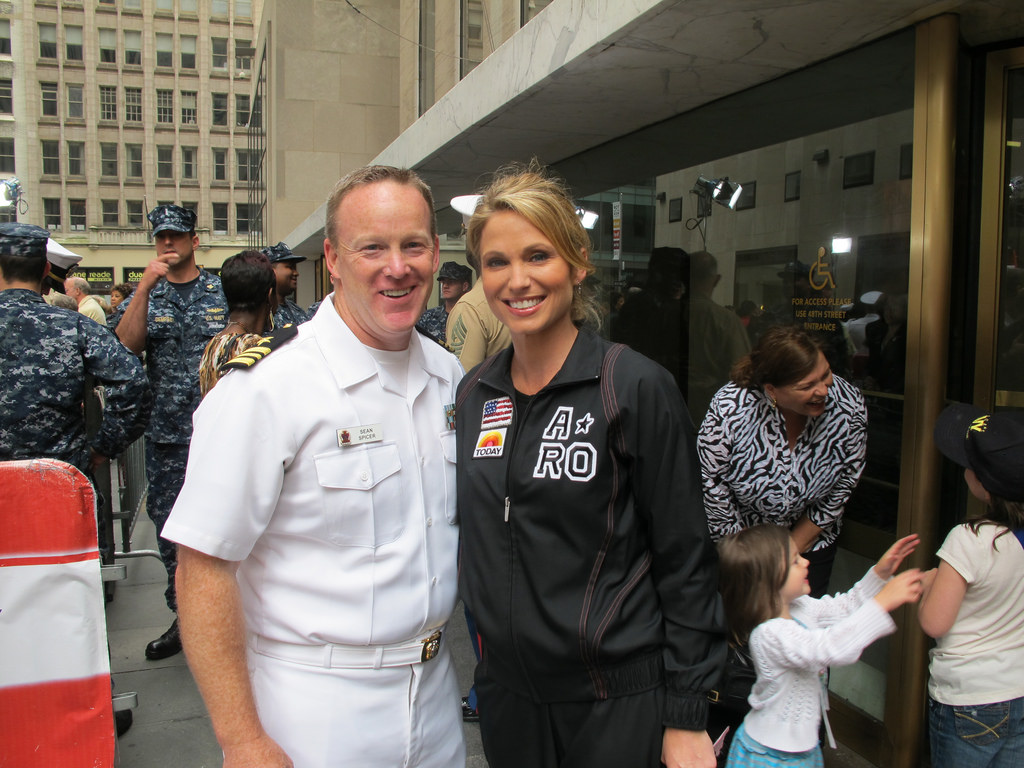 Spicer did his duty and reported to the Pentagon Friday as he is a member of the U.S. Navy Reserve. Spicer had a meeting with the Joint Chiefs of Staff offices on Friday.

As the public face of the Trump administration, you can expect the Democrats and the left to take cheap shots at the White House Press Secretary just because, well, they’re horrible people:

However, there were many more that went out of their way to thank Spicer for not forgetting his country and making the sacrifice to serve, even though he has his White House gig.

Sean Spicer arrives at Pentagon to fulfill reserve duties…that's a true American not a #snowflake[6] https://t.co/FT2ExFRO32[7] via @MailOnline[8]

Sean Spicer had joined up with the Navy Reserve in 1999. From that time till now, he was able to reach the rank of commander. It was in 2012 that he received a Master’s degree in national security and strategic studies while attending the Naval War College.

The Military Times reported Spicer’s duties within the Navy included “media planner in joint exercises in Guam, Germany and Sweden, along with overseeing media coverage of Navy operations in at McMurdo Station in Antarctica.”

Spicer’s contentious posturing toward the White House press pool has given a bad rep when it comes to the media…Luckily for him, the media has already lost credibility with half of the nation. Commentator Alex Leary wrote this about Spicer’s style in his role as Press-Secretary:

“Spicer has changed things up, spreading questions around the room (which includes more faces from decidedly pro-Trump outlets) rather than allowing the top networks and newspapers to dominate. He fields inquiries via Skype, giving reporters outside Washington a voice, while casting White House veterans as inside-the-beltway creatures reliant on anonymous sources and leaks.”

“Things quickly deteriorate into a familiar place: Spicer lacerating the news media and reporters blasting him with questions — combat that has made the daily press briefing must-see TV, at times beating ratings for General Hospital and other soaps, a spectacle that President Donald Trump himself tunes into.”