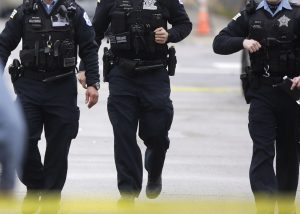 Seattle is crazy, but we already knew that. And now they’re pushing new boundaries that we never thought possible. They’ve been so busy looking for their $15 minimum wage that we all missed how a federal court of appeals rules that police are only authorized to use force “proportional” to the threat that’s facing them, which is a serious damper on the use of firearms by the Seattle Police Department.

Thanks to our friends at the Ninth Circuit Court of Appeals, the lawsuit filed by more than 120 officers in Seattle against the reforms was struck down. The officers claimed that the reform infringed on their right to defend themselves as well as the Second Amendment itself.

“The City of Seattle has a significant interest in regulating the use of department-issued firearms by its police officers,” wrote Judge William Hayes.

The reform itself came from a federal mandate. Not one from the Trump administration, but rather from an Obama-era 2012 reform agreement made by the U.S. Justice Department. The reforms also called for a heavier use of de-escalation techniques before using force or firearms.

That’s all well and good when you’re sitting behind a bench discussing the best ways to police a population, it’s a different matter if you’re an officer dealing with a dangerous person who is on too many drugs to understand what you’re trying to tell them.

In 2015, we reported that Seattle had instituted “green police,” who as officers would be legally entitled to look through people’s garbage. But they’re not looking for clues to crack a case, they were hired specifically as officers so they could snoop through your garbage legally and then write you up for not recycling properly[2]. Residents started a lawsuit over the intrusion and one of the initial 14,000 people to be dinged for improper garbage disposal said that she understood the noble goal, but that it was a violation of her rights.

And of course more recently, in March of this year, Seattle sued the Trump administration over its executive order that would withdraw federal funding from “sanctuary cities” that allow illegal aliens to flourish, saying that it was “unconstitutional federal coercion.” Mayor Ed Murray said that Trump was bullying them. How horrible!

Between green police and calling Trump a bully for withholding extra dollar bills from the city because of their pro-illegals stance, Seattle could use a beefier police force. Let’s hope the officers can take their fight to the Supreme Court.

The Ninth Circuit Court is notorious[3] with conservatives for handing out left-wing opinions on cases and this summer they recommended a course of action to Hawaii in their quest to repeal the “travel ban” that was based off of a document authored during the Obama era.

By the end of the month, all patrol officers in Seattle must wear body cameras, too. You can watch the news report on that here: