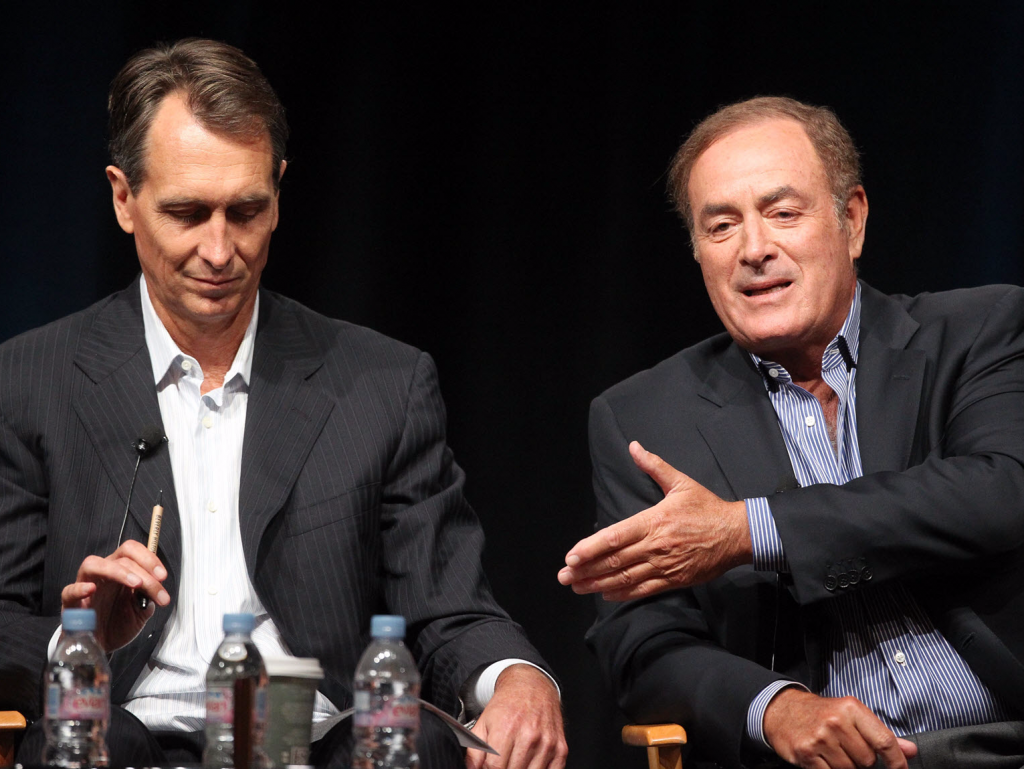 In a recent interview, Al Michaels of NBC’s Sunday Night Football came clean about the drop in ratings for NFL games.

Speaking to Rob Tornoe, Michaels spent most of his interview discussing the National Anthem protests, which were kicked off by Colin Kaerpernick two summers ago. Michaels said that while Sunday Night Football is still the most-watched primetime show, their ratings are down 8% from last year, but that “two or three years ago, the ratings were so spectacular that there had to be a little bit of a diminishment at some point.”

Ratings were down a bit last year due to the Presidential election, but sprang back to normal after Trump won. The same kind of spring back isn’t going to happen this year and the ratings difference will continue to grow.

Michaels put most of the blame on the protests undertaken by players “against racial injustice during the National Anthem,” saying that it “felt like tension over the protests was starting” to cool down up until Trump brought it up during a rally in Alabama where he “called on NFL owners to fire players” who continued to protest during the anthem.

He then said that the issue will probably only be solved once it’s the off-season and there’s a chance to keep from overwhelming the conservative base and that both sides will “just have to sit down and figure it out.”

Twitter decided that Al Michaels must be one of those awful “Trump supporters” due to his admission that Trump (and, ya know, millions of others) were correct to say that the reason the NFL is struggling is directly due to the anthem protest issue. He said that after Trump “made those remarks” it was like “throwing a match into a gas tank.”

But, to be clear, Al Michaels is a Republican and probably one of the very few open Republicans in the sports commentary world.

Recently, Al Michaels had to apologize during this Sunday Night Football show after cracking a joke early in the broadcast. He said that he was “being a little flip” when he said that the New York Giants were having a worse week than Harvey Weinstein.

This week, Colin Kaepernick was named by GQ magazine to be the “Citizen of the Year,”[3] comparing his kneeling protests to Muhammed Ali’s stance against the Vietnam War. Of course, Ali was a wildly successful athlete in his professional, which is not something that Kaepernick can claim, since he’s currently out of a job.