The Lake of Ozarks and the surrounding areas is a place that doesn’t mess around when it comes to anything patriotic. There is no change in attitude, even if it comes to football. News is going viral of a Missouri bar proprietor who is fed up with the disrespect of the National Anthem by the NFL and has decided in a small way to give back a taste of disrespect as well. 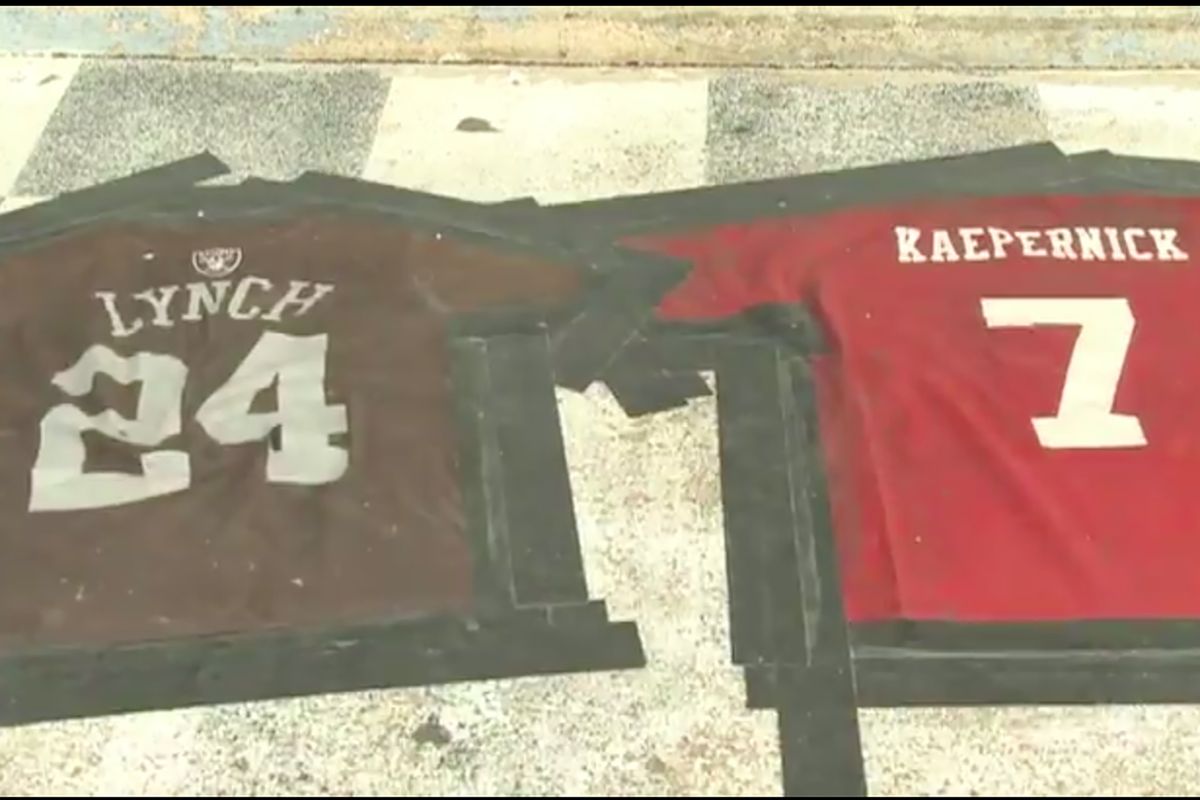 If you were to visit this man’s establishment, you might notice taped to the ground right outside his door, two NFL football jerseys. Obviously these jerseys are being used for floor mats. Can you guess which ones they are? I’ll give you first one because that is a no brainer – Colin Kaepernick – and boy does this bar get a lot of business because of him!

According to local media reports, the bar is called SNAFU Bar and it gets a lot of business because it’s close to Lake Ozark. This same bar also had a Marshawn Lynch jersey fresh from his new team, the Oakland Raiders, taped right there on the ground next to Kaepernick’s 49ers one.

Well, that was until a biased, PC dweeb on Facebook noticed the picture that was posted by the bar owner and started to cry about how it could be seen as a racist gesture. 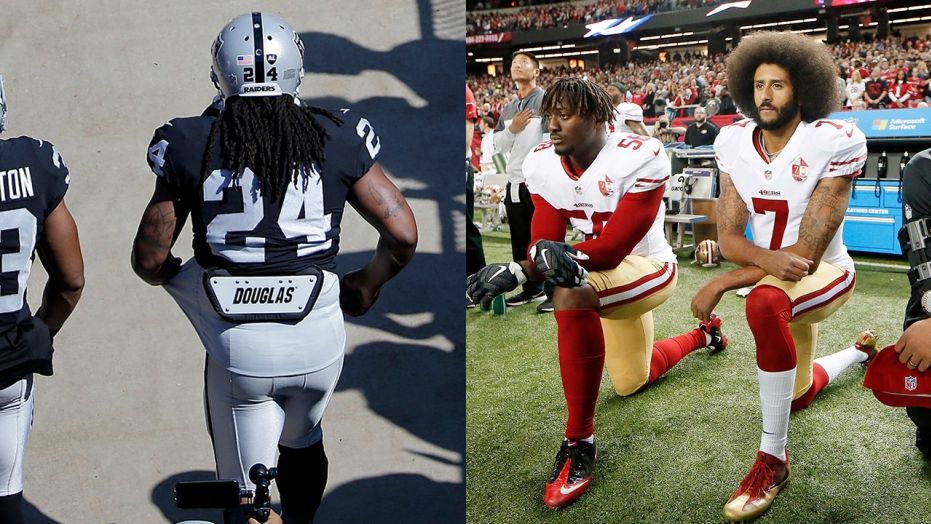 Seriously. calling people racist over every little thing is so 2015. Listen up Libturds: You have beat that dead horse into the ground. How do you expect to have anyone take you seriously when you throw around labels like ‘racist’ for EVERY, LITTLE, THING?! This particular guy thought that the shirts indicated that the bar owner was calling for these two idiot football players to be assaulted.

Anyone that doesn’t have their head up their…you know what, can see that all the owner is doing is providing a service for his customers – RUG MATS! They can get their shoes and boots nice and clean using these worthless pieces of cloth. I say that’s a good thing.

The man was not happy with he way these two players and the others where treating their country’s anthem, so just like they have a right to take a knee, raise a fist in the air, or pick their noses, this bar owner has a right to put their jerseys on the floor and let their customers walk and wipe all over it.

Judging by the picture, they both look pretty dirty.