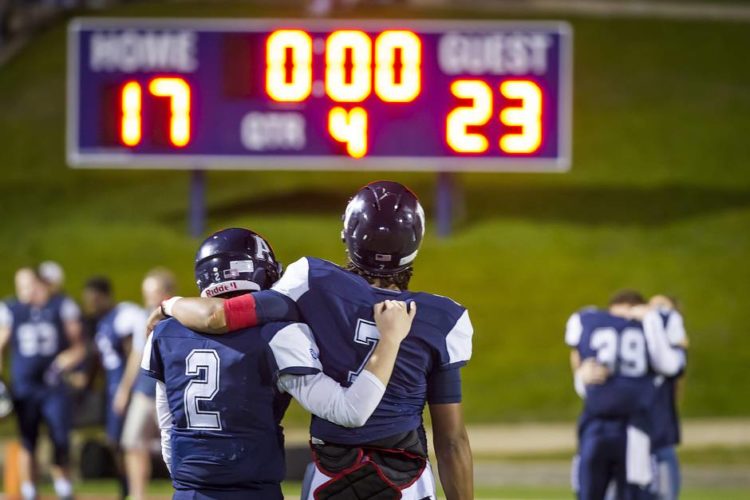 A Washington state high school football coach who was punished for taking a knee at the 50-yard line for a post-game prayer violated the U.S. Constitution[2], according to the U.S. 9th Circuit Court of Appeals.

A three-judge panel ruled the Bremerton School District was justified in suspending Coach Joe Kennedy after he took a knee and prayed silently at midfield after football games.

“When Kennedy kneeled and prayed on the fifty-yard line immediately after games while in view of students and parents, he spoke as a public employee, not as a private citizen, and his speech therefore was constitutionally unprotected,” the 9th Circuit wrote.

THE HORROR! He should’ve taken a knee during the National Anthem instead. Kaepernick can still do that, right?

When Coach Kennedy prayed on the field, he did so voluntarily and never forced players to join him[3]. His attorney responded to the ruling with the following statement.

“When the court has now said banned all coaches from praying individually in public just because they can be seen, we think that is wrong. Yeah I think Coach Kennedy would love to be able to be coaching his players again and he still loves those men and loves to grow young men into better men.”

As a nation we have collectively prayed for Paris this week. Yet as a nation we suspend a football coach for praying after a game…We must choose

The Blaze host Lawrence B. Jones, both a former football player and the son of a pastor, appeared on Fox and Friends to call the ruling “disturbing.”

Good thing that 80% of all 9th Circuit rulings are overturned, but this is a profoundly stupid and un-American ruling to start.

“Now all coaches across the country stand under the prospect of being prevented from engaging in any outward displays of religion,” Dys told me. “That includes crossing yourself or even taking a knee to pray.”

That’s right, folks – not even Catholic coaches will be allowed to cross themselves in public[12], the attorney said.

Until then, we’d better come up with a new name for the Hail Mary pass.