Browns’ Demonstration Yesterday On Field Shows Change Of Heart – You Have To See This! [VIDEO]

Just wow! You know, in the Cleveland Browns preseason games where they knelt during the National Anthem, I wrote them off. But they have had discussions with the team owners and the police on how to best unite the community and show solidarity. I never would have expected this though. Before their game on Sunday with the Pittsburgh Steelers, they ran out on the field with police, military, firemen, EMTs and others to show a united front. They linked arms on the sidelines and it was impressive. It’s a far cry from the potential boycott fans were about to impose on the Browns and the boycott by the police as well. Colin Kaepernick is simply going to hate this. Good.

The crowd went wild. They loved it. Who wouldn’t? That’s the way it is supposed to be and it is going to catch fire. The Browns have redeemed themselves fully with this move. A video featuring messages from players appealing for unity was also played before the anthem. It should be noted that even when a dozen or so of the Browns players were kneeling during the National Anthem, far more were linking arms on the sidelines. I think this display was a wonderful sight to behold. 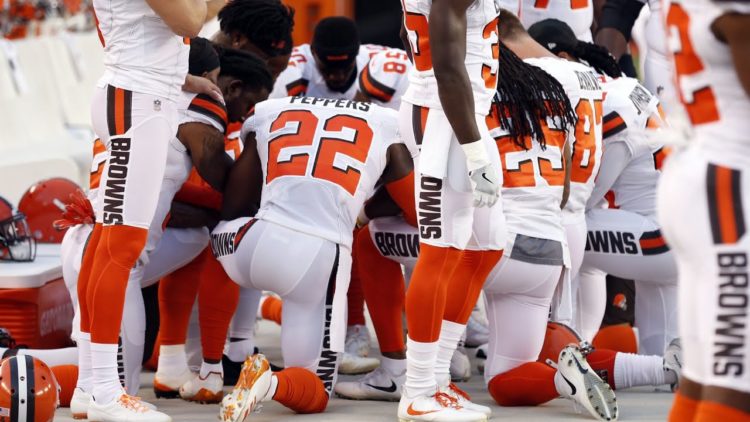 Unfortunately, not everyone got the memo. On Sunday, Oakland Raiders running back Marshawn Lynch sat on his duff during the National Anthem. Seattle Seahawks defensive end Michael Bennett sat again during the National Anthem, as his teammate Justin Britt put his hand on Bennett’s shoulder. That’s the same asshat who accused Las Vegas police of racially profiling him and using excessive force when they did no such thing. Green Bay Packers tight end Martellus Bennett, Michael’s brother, stood during the anthem with his right hand raised in salute. Looks like that family is split in their allegiances. Good for Martellus Bennett.

San Francisco 49ers safety Eric Reid chose to kneel during the anthem, as he did last year when he followed Colin Kaepernick’s lead in protesting police brutality and racial injustice. Several of Reid’s 49ers teammates stood with a hand on the safety during the anthem. The 49ers are still a disgrace and should be boycotted. On Thursday, Kansas City Chiefs cornerback Marcus Peters became the first player of the 2017 regular season to sit for the anthem during the opener against the New England Patriots. 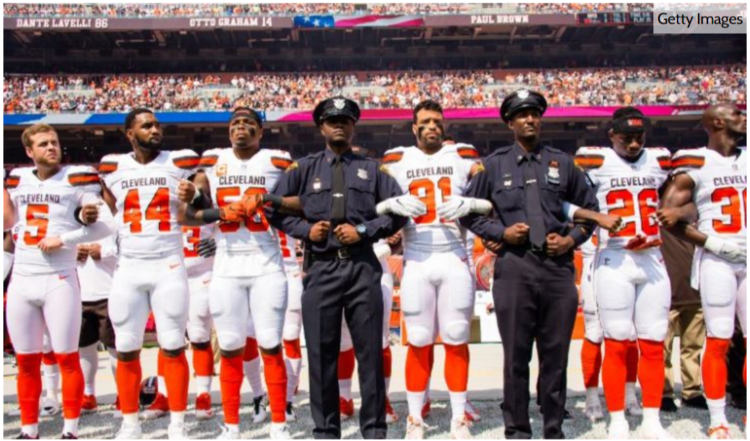 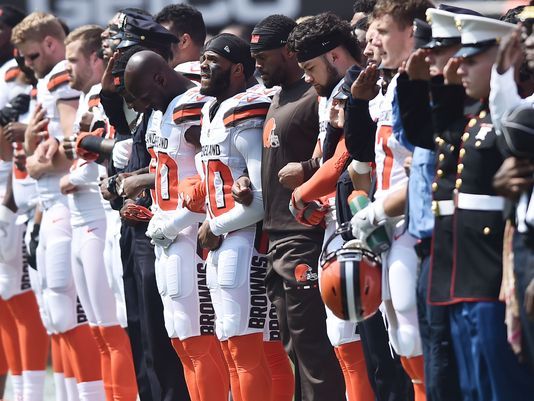