Looks like Cleveland Browns Coach Hue Jackson[1] didn’t get his wish… not even close. He had said that he hoped there would be no National Anthem protests on his sideline. He got just the opposite unfortunately. Eleven players knelt for the National Anthem, including a white player for the first time, Seth DeValve. Idiots. It was one of the largest protests yet. The Browns should absolutely be boycotted over this. I feel for the coach, but there is no excuse for this anti-American, anti-cop sentiment.

Seahawks defensive end Michael Bennett stated last week that he thought involvement from white players would enhance the effectiveness of the protests. Now, a white player has joined the protest. There is no shortage of useful idiots out there it would seem. The Browns issued a statement after the massive protest: “As an organization, we have a profound respect for our country’s National Anthem, flag and the servicemen and servicewomen in the United States and abroad. We feel it’s important for our team to join in this great tradition and special moment of recognition, at the same time we also respect the great liberties afforded by our country, including the freedom of personal expression.” 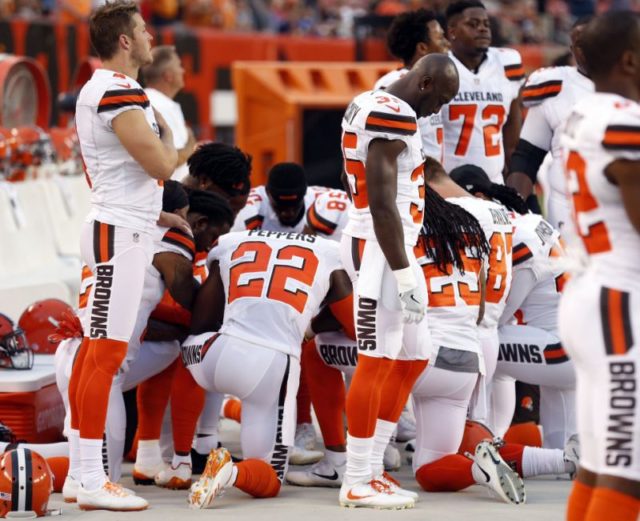 This is probably not what Browns Coach Hue Jackson had in mind, when he said that he hoped anthem protests would not happen on his sideline.

Little more than a week after Jackson voiced his hope that the Browns sideline would not play host to anthem protesting spectacle. Eleven players came together to kneel for the national anthem, in what was one of, if not the largest anthem protest displayed yet. Including for the first time, a white player, Seth DeValve, kneeling in protest.

Coach Jackson then walked back his earlier comments and issued a supportive statement for the protesters: “My personal feelings are that over the last season we have seen players come under unfair scrutiny for protesting during the anthem, mainly because the focus has become on whether or not a player is being disrespectful to the flag or military and not on the issue and cause attempting to be addressed by the protest,” Jackson clarified. “The intent of my comments was not to discourage individual expression from our players in light of a cause that moves them to personal expression. I’m disheartened that I gave anyone that impression because I did not speak with enough clarity. However, my words did reflect my concern that I would express to any player about protesting during the anthem.” Wonder who got to him? It doesn’t matter… he’s now part of the problem.

The players did this on Monday Night Football where they were sure to get a lot of attention. I hope the attention they get is lost fans and revenue. The Browns should be shunned for being against their own country and those who keep us safe. Shame on them. They played the New York Giants, one of the two teams representing the largest media market in the country. Fans should have stood and walked out at that point. No game is worth this kind of disgraceful behavior. 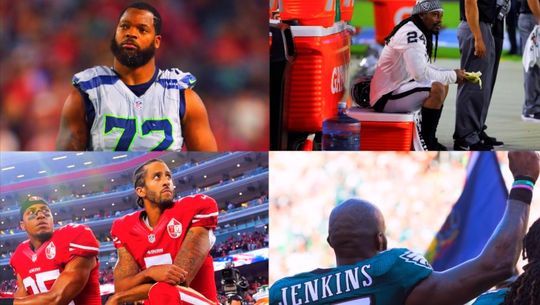