Buffalo Bills Running Back Speaks On Kaepernick: ‘It’s His Play, Not His Protest That Has Him Unemployed’

Buffalo Bills running back LeSean McCoy hurled himself into the Colin Kaepernick situation with this bombshell[1] of an accusation. 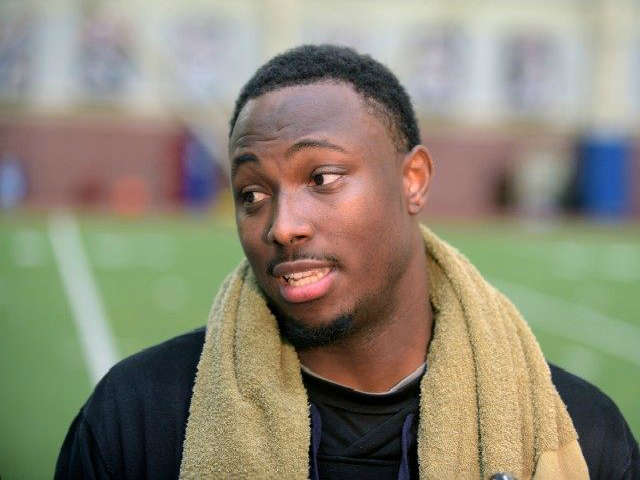 Reporters, the usual brain-dead jackboots that they are, asked McCoy about Kaepernicks’s ongoing unemployment in the league. I wonder what kind of an answer they were looking for or even why they asked the question in the first place? It’s almost as if they have some kind of narrative they want to push. He said:

That may have something to do with, but I think it also has a lot to do with his play. I’m sure a lot of teams wouldn’t want him as their starting quarterback. Then it’s the chaos that comes with it. It’s a lot. A team’s trying to win and not have a distraction on a team.

I’m tired of this whole situation. But then again, so is McCoy. Check out the entire interview.

LeSean McCoy on Kaepernick: I think his situation is not good enough to have him on the team with all the attention that comes along with it pic.twitter.com/HrvfgeNsBP[3]

I am in the same boat as Mr. McCoy. I think if this were Tom Brady kneeling during the National Anthem, the Patriots wouldn’t even care. He is the best quarterback in the league, maybe the best ever. This distraction wouldn’t make a difference. It’s clear now that Colin’s skills have declined as the league has figured him out. He had a couple of good years and almost brought eternal glory to the 49ers once again, but choked in the last minutes of the Super Bowl. This seems like a last ditch effort to be relevant again.

I mean, come on, the guy was adopted and raised by white people. What exactly is he protesting against? Listen to the 5 time Pro-Bowler Colin, stop with the nonsense and you might get a back-up contract worth a few million dollars. You’ve already made more money than the vast majority of people ever will in their lifetimes. America gave you that opportunity. A little gratitude would work wonders for your career.