It may have completely destroyed his career in professional football, but Colin Kaepernick evidently didn’t learn his lesson — he’s still keeping up with his anti-American protest. And for those Americans who disagree with his protest, Kaepernick has some awfully harsh words. 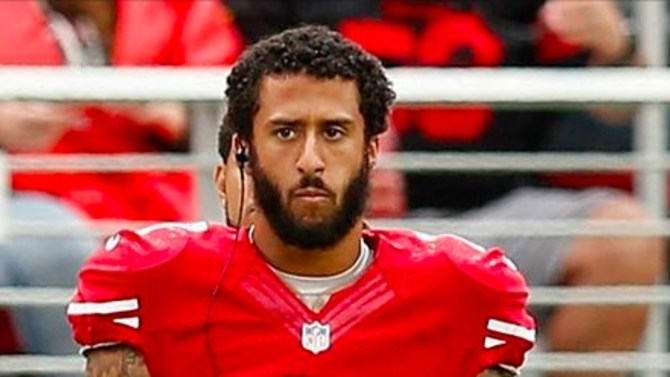 Far from apologizing for his protest, Kaepernick has slammed “patriotic” Americans as being nothing more than racists in disguise. In an interview with the San Jose Mercury News, he complained that he has been receiving death threats, but also added that it doesn’t bother him much. “I’ve had a few come my way, but not too concerned about it,” he said.

He also addressed his critics, who call him unpatriotic and also accuse him of disrespecting the United States and veterans by refusing to stand for the National Anthem. According to Kaepernick, these people simply don’t understand his point and they should as the “message has been out there loud and clear for quite some time now.”

As an example of the issues Kaepernick is trying to call attention to, he pointed out the shooting death of Terence Crutcher, an unarmed man. “This is a perfect example of what this is about,” Kaepernick said. “It will be very telling about what happens to the officer that killed him.” Crutcher was shot by Officer Betty Shelby, whose attorneys say was justified in shooting Crutcher because he appeared intoxicated, was uncompliant with her orders and that she feared for her life, thinking he was reaching for a gun when he reached into his vehicle. Crutcher’s family, meanwhile, say that he was putting his hands up in surrender, was unarmed, was confused and had his window rolled up when he was shot. “There’s no consideration or benefit of the doubt given,” Benjamin Crump, the Crutcher family attorney, said. “We immediately jump to the conclusion that they’re a big bad dude, that they’re nefarious, that they’re a criminal. Why is that?”

For Kaepernick, the footage of the arrest is damning. “No one went and checked on him, no one tried to resuscitate him, nothing,” he said. “They walked around, went about their business and made up lies to cover up their murder that they just committed. That’s not right, and they should be in prison.” 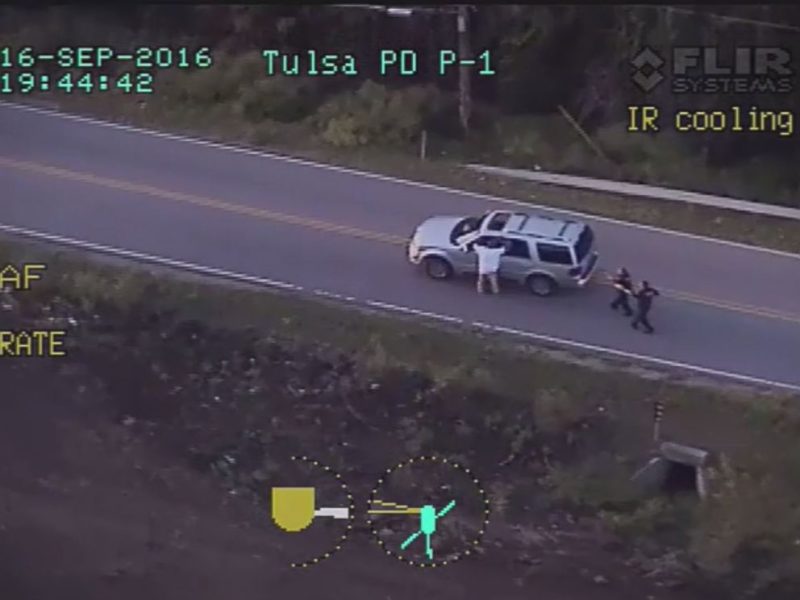 While NFL owners seem to be angry at Kaepernick for his protest, he’s apparently found a lot of allies in other NFL players, including New England Patriots defensive end Chris Long, who is white. “I’ll make it pretty clear: I support my peers in exercising their right to protest,” he said. “This is a wonderful country, and I think everyone agrees on that, but there are things in our country that can improve.” While Long said that he, himself, would not personally participate, he also said that if other players “identify something that they think is worth putting their reputations on the line, creating controversy, I’m going to listen to those guys.”

Kaepernick also claimed there was a double standard in the media coverage after players like Long spoke up. “That’s where it gets very touchy because a white player standing up for this is like, ‘OK, now we really have to address it, it isn’t just black people speaking out because they feel like they’re being attacked,'” he claimed.

As for the claim that he is anti-military, Kaepernick shut that down, too. “They fight for the people, they fight for liberty and justice for everyone, and that’s not happening.”