After winning a major championship, most sports teams are granted an invitation to the White House to meet the President. The Golden State Warriors, current NBA champions, are allegedly considering boycotting the White House visit. That rumor has led to speculation as to whether the Pittsburgh Penguins, who just won the NHL’s Stanley Cup, would be doing the same… and now, the team is answering that speculation[1]. 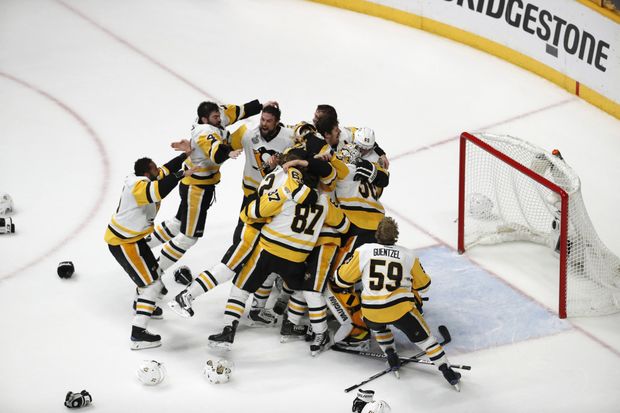 This is despite the fact that much of the Penguins leadership skews liberal — Morehouse worked in the Clinton administration and was part of Al Gore’s 2000 presidential campaign. Ron Burkle, the team owner, is a major Democratic donor. Yet they are still able to understand that there are some situations where politics should be placed aside.

“We respect the office of the presidency of the United States and what it stands for,” Morehouse continued. “Any opposition or disagreement with a president’s policies, or agenda, can be expressed in other ways.”

Currently, an invitation to the White House has not been extended to the Penguins. But considering the controversy that the Warriors are stirring up, it’s refreshing to see a team take steps to get in front of any potential scandal and acknowledge that political differences should not take precedence over respecting the office of the president.

Wednesday, the Penguins held their championship parade in Pittsburgh, with an estimated 650,000 enthusiastic fans showing up to celebrate.

This is the fifth Stanley Cup championship for the Penguins, whose most recent win was just last year, in 2016. They were the first team to win back-to-back championships in 19 years.

Do you think Trump should invite the Penguins to the White House?