How the mighty have fallen and what a difference a year makes. Now that I have the trite cliches out of the way, let’s get on with savaging ESPN and the NFL, shall we? Ratings are continuing to crater for the NFL because of ‘Kneel Gate’. Now, one genius analyst is advising ESPN that it would be good business sense to not broadcast NFL games and forego the $15.2 billion that it makes them in doing so. Wow! Someone is in sore need of a math lesson here. The Hollywood Reporter’s James Andrew Miller thinks the solution is to dump football instead of dumping players who disrespect the National Anthem. That’s insane.

But say that ESPN did dump football… it would be the end not only for ESPN, but the NFL. If they are into suicide, by all means have at it boys. You won’t see Americans shedding a tear over it. Baseball is stomping the hell out of football in ratings this year. The World Series ratings pulled more viewers than the NFL’s season games for a second year in a row. Telling. And MLB only has one player that kneels. That jerk is with the Oakland A’s and was just suspended for six games for pulling a gun on a female food deliverer. Classy. 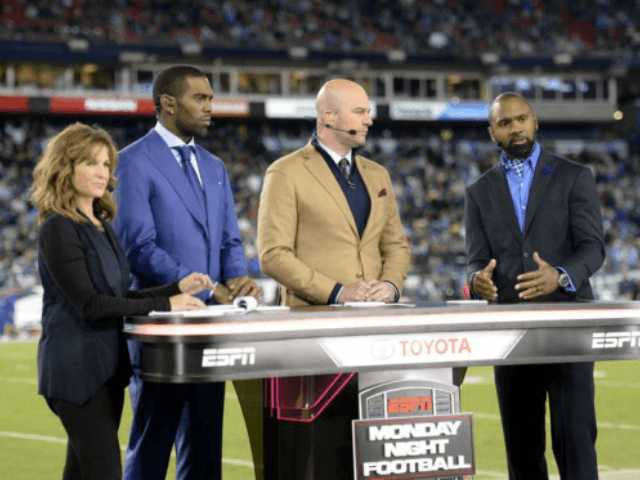 This may have been more than a suggestion by the way. Miller points out that ESPN may have already quietly set up the move to dump the NFL by removing from its affiliate agreements a former requirement that it retain NFL broadcast rights in order to keep its high subscriber fees intact. Yes, ESPN is just that stupid. If ESPN dumps the NFL, cue the shock for affiliates who will suddenly lose lucrative NFL broadcast rights. Then ESPN will try to recoup losses by jacking up fees.

“This means the network would not face automatic decreases in that vital artery of its dual revenue stream,” Miller says of the new provision and how it might save the network if it dumps the NFL. “Sure, distributors would be aghast, demanding to negotiate lower fees probably immediately, but the point is, there would be negotiations, enabling ESPN to do everything it could to keep those numbers as high as possible.” What Miller doesn’t get is that a number of those distributors will walk over this and not come back. ESPN overvalues themselves greatly here. 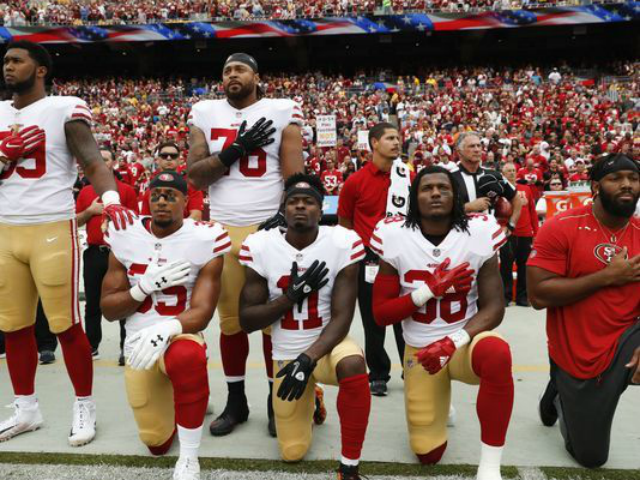 The NFL is now looking towards the Big Three TV networks, (ABC, CBS, and NBC) for help. Disney owns ESPN and may push them into dumping the NFL because of a dearth of profits. In August it was reported that ESPN’s hemorrhaging of subscribers and advertisers added to Disney’s financial woes as the cable network’s profits fell another $1.46 billion. ESPN laughingly believes that if they dump the NFL, they will get an influx of investor capital. Not going to happen.

Football was already hurting from the concussion scare out there. Then political activism hit and they were moronic enough to buy into it. The answer for ESPN AND the NFL is not less football. It’s less political correctness and politics on the gridiron. Evidently, they are just too liberal and far too stupid to get this simple fact.