Do you remember Jemele Hill? The ESPN host who called Trump a “white supremacist” in a tweet and received a lot of well-deserved flak for it? Well, apparently she’s not sorry for saying it, only that she said it on Twitter. I don’t know how that works, considering that she probably would have gotten in the same amount of trouble no matter where the spouted it, but okay then.

She recently did an interview with Sports Illustrated Media Podcast and made it clear that she doesn’t intend to apologize for the disparaging and blatantly false comments she made about the President. She complained, instead, that Twitter is not “the place for nuance.” I don’t know how much “nuance” is needed when you call the President a “white supremacist.” That seems like a pretty cut-and-dry statement if you ask me. 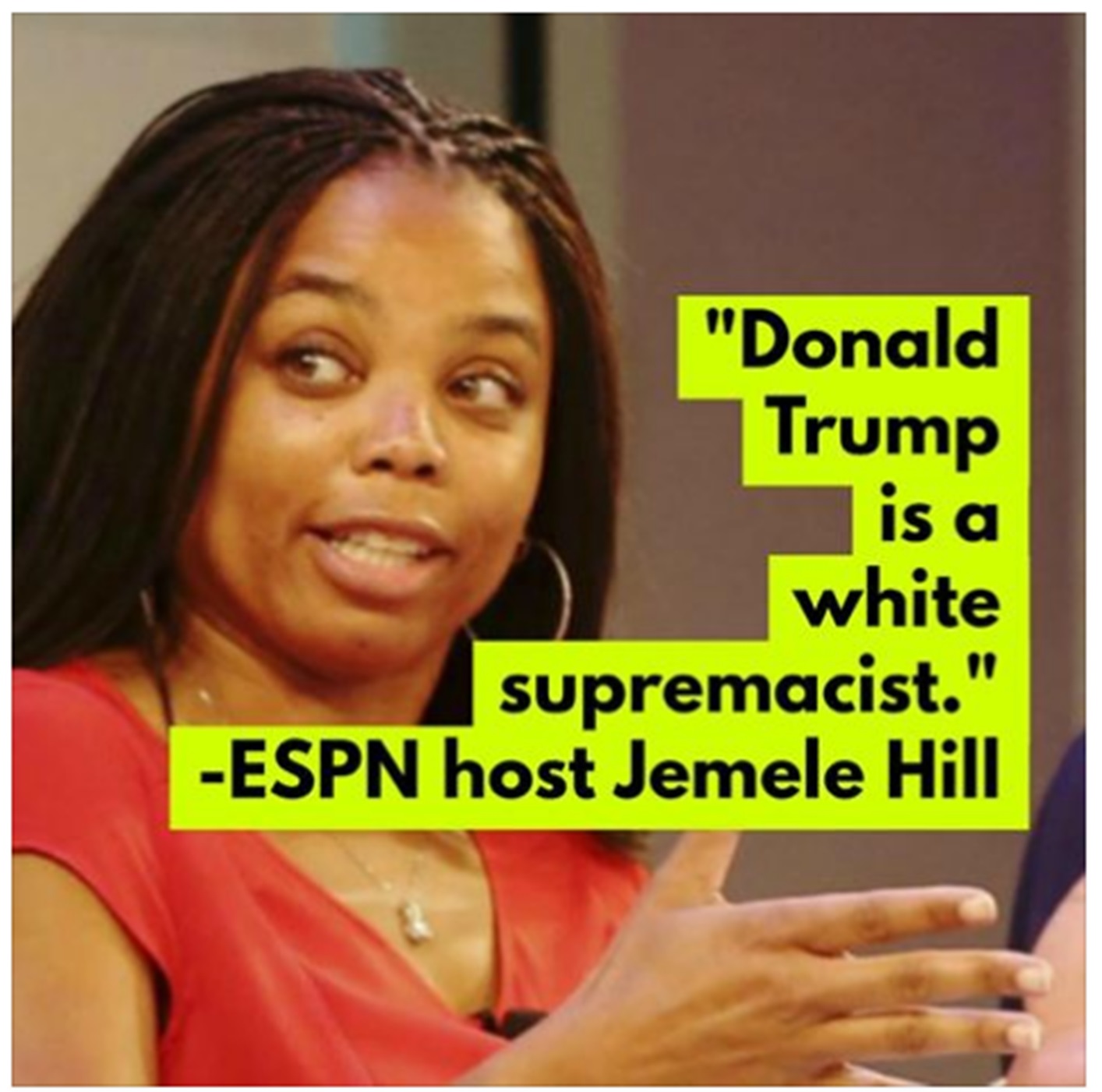 “I have more regrets about the medium,” Hill said. “Most of us find out every day in some form or fashion that Twitter is not necessarily a place for nuance. Twitter’s not even really a place where if you want to have some extensive conversation, especially about race, Twitter’s not set up for that.”

Really? 280 characters isn’t enough to have an in-depth conversation? You don’t say?

“It’s built on quick thoughts, okay, and that’s not something to have quick thoughts about,” she continued. “So I don’t really have any regrets about the language that I used, because I do think that there is some evidence to at least where we can question some of the things that he’s said and done, and for that matter, examine why there are clearly large groups of people, women, people of color, who feel they’re very vulnerable at this time and under attack. I don’t regret what I said or even the language that I used.”

But she doesn’t stop there. Not only was Twitter not the right place for her inane statement, it wasn’t the right time to post it either.

“And I think timing is everything, and I regret the timing too, because there is, and I’ve mentioned this before and talked to you about this before, the timing of especially where and how ESPN is being viewed by a lot of people, those are things that in a forum like that, it’s just not going to go over well,” she concluded. “So, as I’ve said before, I don’t take anything back from what I said, I’ve been very consistent in that message, but I do think the environment lends itself to it drawing more attention than it was probably worth.”

Have you ever considered that it might not be the medium or the timing that was wrong, but your entire statement? Have you considered THAT might be why people got their feathers ruffled? No, clearly it is everyone’s fault but your own.