The bad news is that there is a cable channel even more obnoxiously left-wing than MSNBC. The good news is that largely as a result of its arrogant in-your-face moonbattery, ESPN is going down.

This week there has been a bloodbath at ESPN, with about 100 employees cut:

Familiar faces like Ed Werder, Danny Kanell, Len Elmore, Jayson Stark, Trent Dilfer and Brett McMurphy are among those who have been let go.

Cord cutting and overspending are factors, but clearly not the only ones. Even SportsCenter anchor Linda Cohn admits the role of moonbattery:

“That is definitely a percentage of it,” Cohn said Thursday on 77 WABC’s “Bernie and Sid” show when asked whether certain social or political stances contributed to the stupor that resulted in roughly 100 employees getting the ax this week. “I don’t know how big a percentage, but if anyone wants to ignore that fact, they’re blind.”

In 2016, every daypart on ESPN became less conservative, with Daytime being only 2% more Republican than Democratic, while Late Fringe and Overnight programming became 10% and 12% more Democratic than Republican – a 22 and 28 point shift, respectively.

Republicans have stopped watching ESPN. Here’s the latest reason why:

One day before the network laid off many of its employees, it published five poems about feminism and political resistance on its website geared toward women, ESPNW.

The first poem in the series is called “Revolution” and it’s dedicated to Asatta [sic] Shakur, an icon among black power enthusiasts who was convicted of murdering a police officer in 1977. She escaped from prison in 1979 and fled to Cuba in 1984, where she’s been hiding ever since.

Publishing political doggerel dedicated to Assata Shakur (born Joanne Chesimard) is yet another indication that the kooks running ESPN are not just annoyingly liberal, but malevolently ultra-Left. The disgraceful network deserves to go bankrupt as surely as Shakur deserves to be executed for murdering New Jersey State Trooper Werner Foerster during a routine traffic stop. Unless they can run a profitable sports network that appeals only to moonbats (despite sports fans leaning right), justice will be served, at least in ESPN’s case. 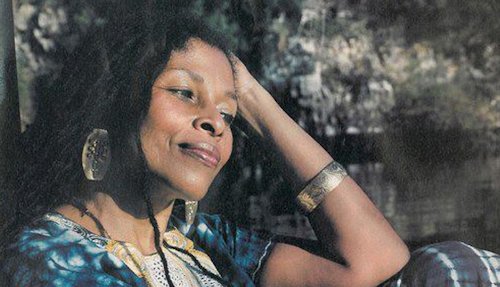 On tips from MAS, Sufferfortribe, Bodhisattva, and Jester. Cross-posted at Moonbattery.