Football Player Reggie Bush to Sue City of St. Louis Because He Was Injured in a Football Game

Injuries during a violent sport like football are to be expected. So the news that football player Reggie Bush might be suing the city of St. Louis for being injured during a game seemed laughable, to say the least. 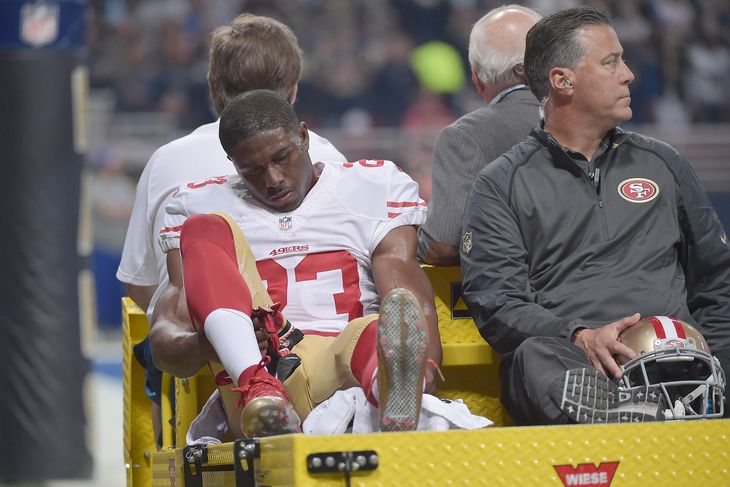 A week after suffering a season-ending knee injury against the St. Louis Rams, San Francisco 49ers running back Reggie Bush is reportedly preparing to sue the City of St. Louis, owner of the Edward Jones Dome.

CBS Sports’ Jason LaCanfora wrote Sunday that Bush has retained attorney Shawn Holley and her firm, KWIKA, in his case against the city.

Bush lost his footing on the cement surface surrounding the field at the Edward Jones Dome as he was trying to slow his momentum and suffered a torn MCL; Bush underwent surgery this past week. But at 30 years old and with a history of injuries, Bush may have played his last NFL game.

According to LaCanfora, Bush’s suit will likely seek gross negligence given the potential danger of having such a slippery surface abut the playing field, especially considering this was not the first incident of this sort to take place there.

Bush was the second player this season to suffer an injury slipping on the concrete at the dome; Cleveland’s Josh McCown suffered a shoulder injury the week before Bush was hurt. The Rams are reportedly pushing to have the surface changed before their next home game, against Chicago on Nov. 15.

If the concrete surface is indeed a hazard that has caused multiple players to slip and fall, then Bush’s suit may not seem so ridiculous after all. It should be interesting to see what some investigation turns up.