Can you believe that there are actually people in America who still actually care about Colin Kaepernick and whether or not he plays football? That one threw me for a loop, actually. I had forgotten all about him and his un-American gesture because quite frankly, I don’t care much for the guy.

But apparently he’s back in the headlines because nobody wants him and his baggage on their team. Of course there are people who immediately pull out the “racism” card like it isn’t so worn out by now that the print is hardly legible.

Fox News host Jesse Watters has had it with their ridiculous claims and wanted to set the record straight as quickly as possible so the media can finally focus on things that matter. 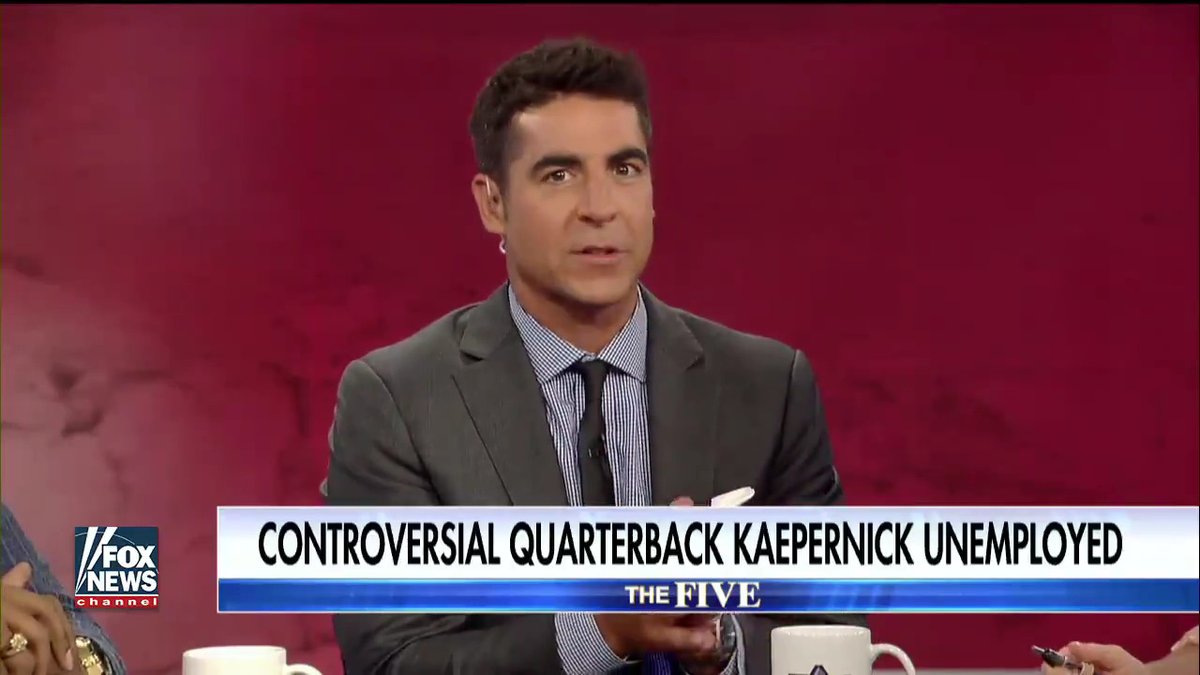 While on the network’s popular show “The Five,” host Jesse Watters decided to weigh in on the Colin Kaepernick/Miami Dolphins issue.

Now I don’t follow sports any more than I have to, but from what I hear, the Dolphins decided to sign Jay Cutler to replace Ryan Tannehill, their injured starter, instead of Kaepernick.

Many have claimed that they pulled this move based on some sort of racial bias as opposed to the fact that they want to win and from what I’ve seen, Kaepernick plays like a dumpster fire with no hands. In fact, Watters called the Dolphins “anti-idiot.”

No team wants to alienate part of their fan base in order to appease someone who made a lot of Americans angry by disrespecting our country. That’s a risk that they aren’t willing to take. Maybe Kaepernick shouldn’t have made an ass out of himself on national television.