In case you needed evidence that miracles do happen, what happened to one Indy 500 driver will give you everything you need.

Not many people can say that they were driving a car that caught on fire, was ripped literally in half and walked away with only a few scratches.

When Scott Dixon’s vehicle collided with Jay Howard’s, fans went from excited to horrified as they watched the scene unfold.

Dixon’s car was sent into the wall where it caught on fire. The force of the spinning ripped the body of the vehicle apart, sending debris across the track. It was unlikely that the driver had survived and after a wreck like that, any survivor would surely have some broken bones, burns or at the very least a concussion and some gnarly whiplash.

But that’s not what happened.

Both men emerged from what was left of their vehicles unharmed, which is truly miraculous.

His statement after the crash? “It was a rough ride.”[3] Talk about an understatement!

‘I’m a little beaten up there, it was a bit of a rough ride,’ Dixon told ESPN. ‘ I think when you make those decisions, which way to go with the car, you’re hoping Jay there is going to stay up against the wall. We had nowhere to go, and that happens.’

It’s sweet to know that he doesn’t blame Howard for the crash. When you’re doing something so high-risk and high-speed, accidents are going to happen. Thankfully nobody was hurt and everyone got to go home that night and spend time with their families.

Dixon posted a photo with his family on Twitter before the race, excited for the day. 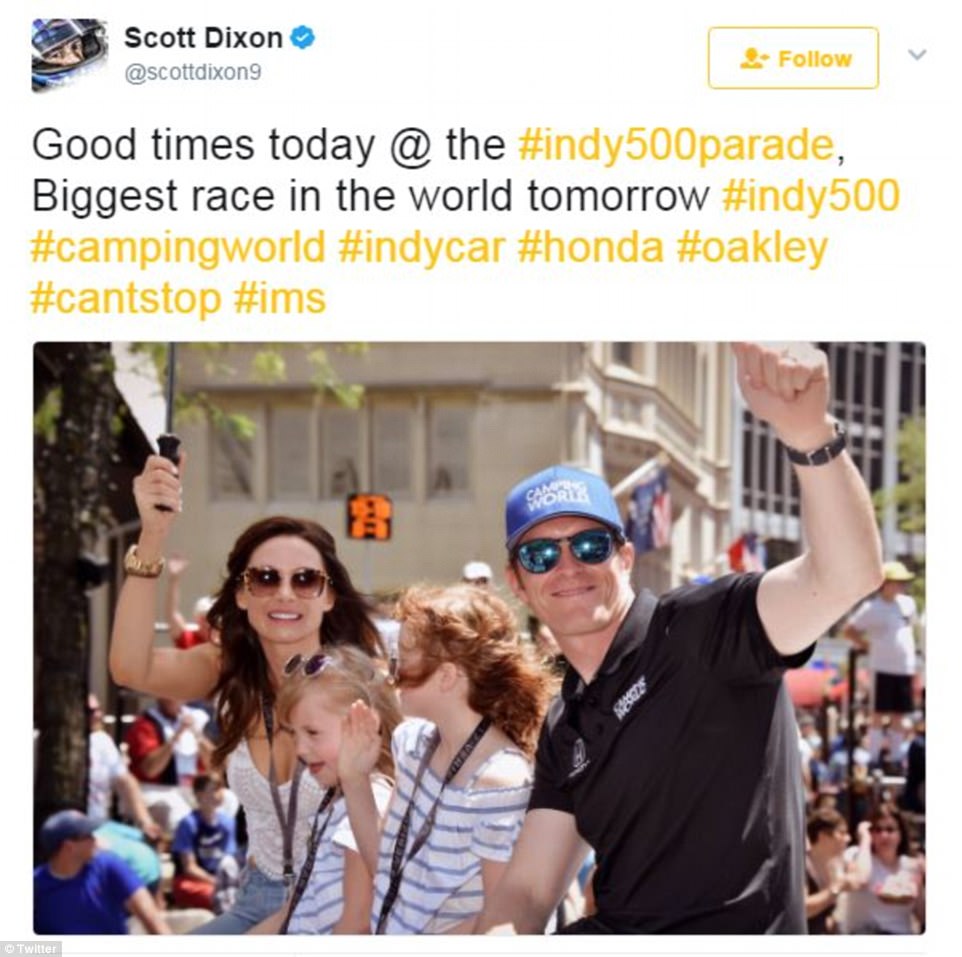 I’ve never seen such a clear example of someone having a guardian angel looking over them. Of course the excellent safety engineering of the cages in the car has a lot to do with it and I don’t want to take anything away from the people who spend so much time and energy making sure the driver is safe. That being said, this still could have gone a lot differently. Thank goodness everyone is okay.