JUSTICE Gets Served After Budweiser Runs Anti-American Ad During Superbowl

Many conservatives were outraged at the number of commercials with political undertones during the Super Bowl and none were more offensive than Budweiser’s.

For those who were boycotting the Superbowl or for some reason couldn’t watch the Superbowl, the beer company ran a dramatization of what was supposed to be the immigration story of co-founder Adolphus Busch, though there is some debate about whether that’s true[1]. 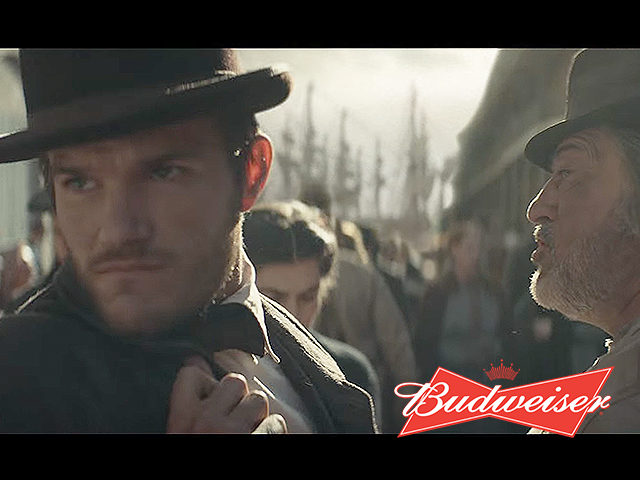 Though most people view sports as an escape from politics, politics has nevertheless become increasingly more prevalent in sports these days, with players, teams and leagues making political statements of one sort or another, as well as prominent advertisers.[4]

Some viewers noticed that there were a few less-than-subtle commercials with political overtones during the broadcast of the Super Bowl LI.

One of them was an ad by Budweiser depicting the dramatized immigration story[5] of the brewery’s co-founder, Adolphus Busch, with just a bit of creative license to really drive home the pro-immigrant message.

To say that the ad didn’t sit well with supporters of President Donald Trump would be an understatement, according to U.S. News & World Report[6] — especially since its public release came just days after Trump issued a controversial executive order temporarily suspending immigration from a handful of exceptionally dangerous nations.

Now, it’s started a boycott of the once-venerable brand itself, according to The Washington Times[7].

According to The Washington Times, one of the individuals behind the push to boycott Budweiser for the commercial that portrayed American citizens as spiteful anti-immigrant people is a small American brewer who wants consumers to switch from Bud to an “anti-globalist beer.”

“Budweiser stepped in it big time when it inserted the immigration debate into its 60-second Super Bowl commercial, ‘Born the Hard Way,’” said William Kelly of Citizen Kelly’s Irish Ale in a news release. “The spot reveals a dramatized — and apparently fabricated — account of co-founder Adolphus Busch’s journey to America.”

“Budweiser’s insertion of politics into America’s pastime was a high-risk move that has alienated former Budweiser fans, leaving them on the hunt for an authentic American beer,” Kelly added.

I’m not a big beer fan myself, but I’m sure there are plenty of smaller breweries who would love your business. Why not give them a shot?